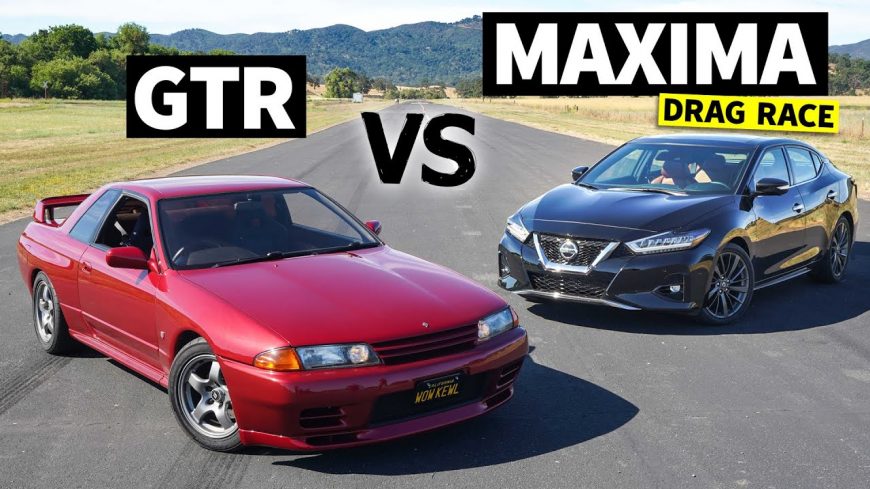 As depressing as it might be, some of our most favorite old school performance cars aren’t exactly as stout as they seem. When we think of some of the iconic nameplates from over the years, they really hold their status in high regard. Something like the R32 Nissan Skyline GT-R is an awesome car that’s to be respected. However, don’t get it twisted, the car in factory format is anything but fast by today’s standards.

This isn’t just the case in import culture, either. Over here in America, the most popular muscle cars from the 70s, 80s, and even 90s will likely be comparable to some of today’s modest sedans.

This time, we get the opportunity to see just how close some of these matchups might be. In this particular bout of “This vs That” from Hoonigan, we check out the comparison between the likes of an R32 GT-R and a 2020 Nissan Maxima. Yep, you read that properly.

If we were to ask the casual fan which vehicle they thought would win, more answers would probably point to the GT-R than the Maxima. The truth of the matter is that the battle actually ends up being a lot closer than some would probably like to admit.

In the corner of the GT-R, we find a 280 hp sports car. The machine does boast all-wheel-drive but also gives up a 20 hp advantage to the 300 hp front-wheel-drive Maxima. Oh yeah, the Maxima is also 500 pounds heavier which would likely play in favor of its opposition.

Down in the video below, we check out a couple of drag races that compare these two machines to one another. At the end of the day, the GT-R is definitely turning more heads. However, when it comes to a race, this one is pretty darn close.

« 8,000 hp Funny Car Takes on the Goodwood Festival of Speed