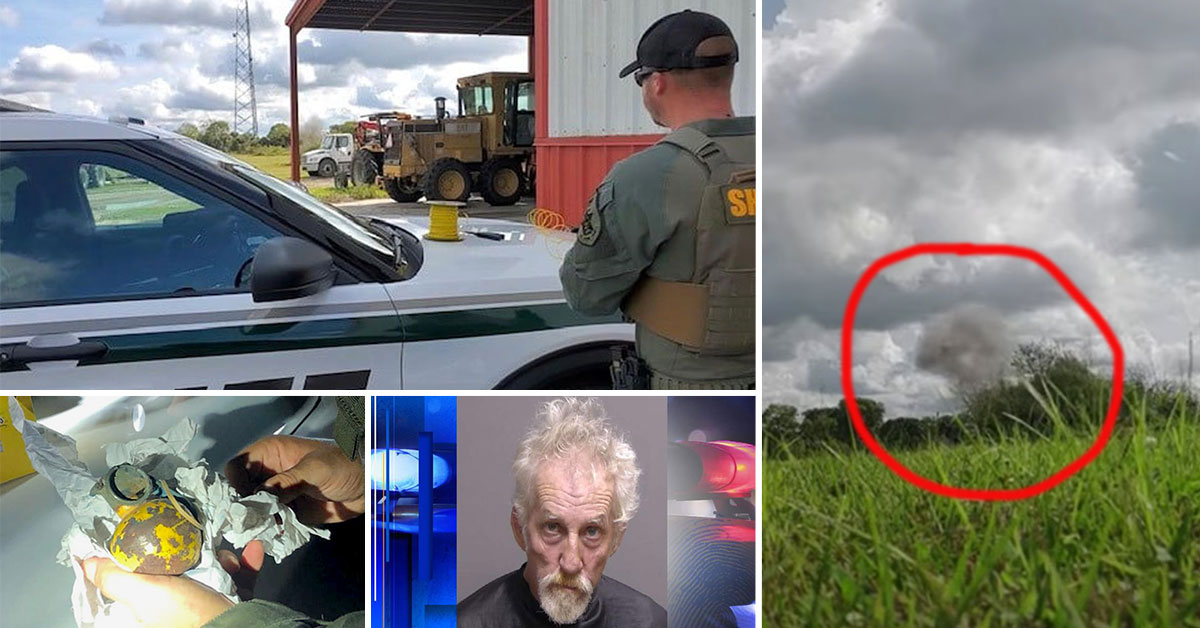 (NEXSTAR) – A Florida sheriff had strong words for a driver found with a live grenade in his car Monday.

Flagler County deputies found the explosive device after pulling over a 65-year-old man for having an expired tag on his Dodge pickup truck.

“Here’s a prime example of how deputies never know what a traffic stop may turn into,” Sheriff Rick Staly said in a Facebook post. “This guy was pulled over because his tag and license were expired, and then deputies found drugs and a grenade in his vehicle. This idiot is lucky he did not blow himself or his truck up.”

Deputies searched the vehicle after arresting the man, who admitted to driving with an expired license for more than six months, according to the sheriff’s office.

A search uncovered a glass pipe believed to be used to smoke narcotics and the grenade, according to deputies, which the man said he found while cleaning out the home of a veteran.

The driver said he didn’t know if it was real or not, so the sheriff’s office blocked off the road, diverted traffic, and called out the St. John’s County Explosive Ordnance Disposal team. After an X-ray showed that the device did appear to be genuine, it was detonated at a county-owned site nearby.

See the detonation below:

« How to Fix Traffic Forever