Here in America, it’s absolutely no secret that we like everything to be big! ...

Here in America, it’s absolutely no secret that we like everything to be big! From the food that we eat to the cars that we drive, it really seems like this country has pinned down how to take something and oversize it. This time, we check out something that takes that concept and leads it to yet another frontier, maximizing the size of a firework to make it the biggest ever seen here in North America! If you’re a fan of the 4th of July and all the festivities that go on during that day, then welcome to heaven because this firework is almost as massive as you’ll ever see in your life.

Weighing in at a whopping 1100 pounds, this explosive has taken a while to put together. With something this massive, they say that it’s hard to tell exactly what it’s going to do once it’s launched into the air but after two years of designing the incredibly sized color show and bringing it together, these fireworks professionals are hoping that it will put on the show of a lifetime. Anything short would be considered to be a disappointment after all of the work invested and it’ll all have  to be chalked up to nothing more than some research that didn’t quite hit the mark and maybe can tell the crew what they should or shouldn’t do next time.

Follow along with the video down below that will give you more insight on exactly what went into constructing such a monstrous firework display like this one and be sure to tell us what you think about all of the effort that has gone into constructing this explosive that is larger than life! There’s really something about this thing that basically reaches through the screen during this video and screams “America!” 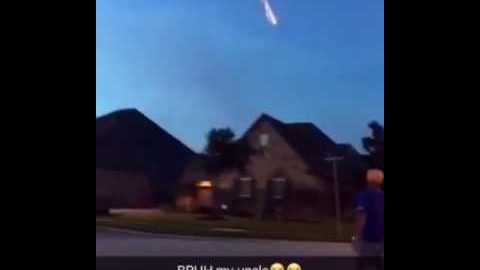