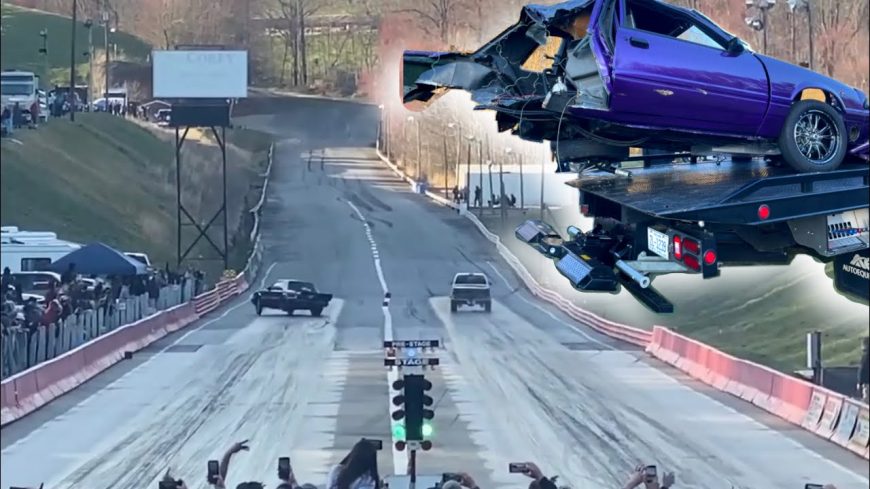 This time, we check in with an accident that might be one of the most brutal that we have ever seen. Luckily, though, the driver was able to walk away. It almost seems to be a miracle when we take a look at what was left of the car.

In footage broadcast by Street Racing Channel, we watch as the Ford Mustang in question ends up getting sideways on the top end of the race track. Carrying a head of steam toward the finish line, the Mustang eventually ends up hitting the wall. This would probably end up being a pretty bad accident but what happened next would take it from bad to the near worst-case scenario.

After making contact with the wall, the Fox Body would then proceeded to not only jump over the wall. The car also ended up blasting straight into the structure holding up the scoreboard. In other words, instead of being able to grind to a halt, the scoreboard would immediately stop the car, shattering it into tons of pieces. The biggest piece of the wreckage would consist of about half of the car. Luckily, the biggest piece was also the part of the car that driver was in.

Down in the video below, we get to check in with SRC from Wilkesboro Dragway who happened to be in the next lane to the Mustang. In addition, we watch as SRC takes us through the weekend with their badass Chevy S10 that has been known to lay down the law from time to time.