Did Audi Just Create The Ultimate Blend Of Speed And Luxury? 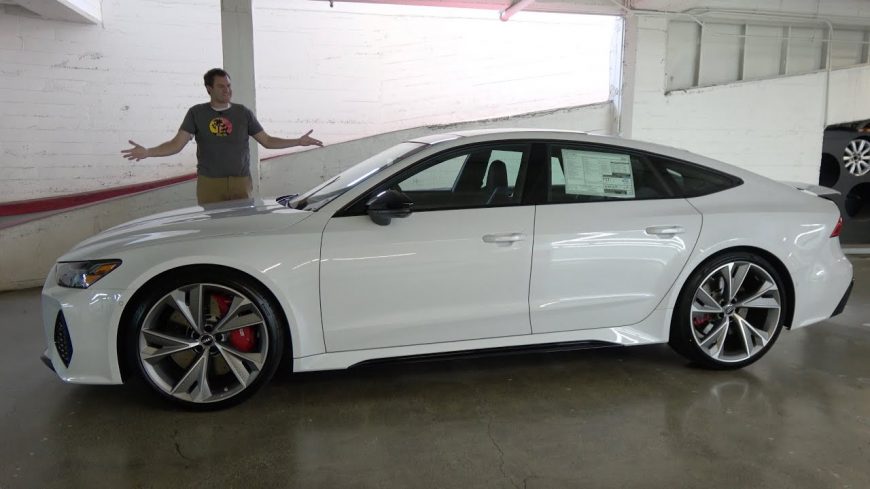 As time marches onward, cars get more and more expensive. At this point, it’s kind of just something that we’ve all come to expect. With each model year, the market adjusts for inflation and they pack more features in cars to justify the cost. However, even if that all is true, there are certain cars that really stand out amongst the crowd when it comes to how expensive they are. Dropping $120,000 on a car seems to be commonplace in the luxury car market but it’s still a ton of money. Just because it has become common doesn’t take away from the impressive asking price.

So, what exactly is it that somebody is buying when they drop enough money on a car to purchase a decent house in some areas of the country? It would certainly have to be a machine that really blows us away in order to justify such an ask.

Well, this time, we ride along with Doug DeMuro with the attempt being to get to the bottom of just that question.

The machine in question is definitely impressive. Audi has certainly come a long way with their machines over the years as they have built-in more technology and a more seamless finish along with incredible performance. Some of these cars can even be seen at the dragstrip ripping off near 10-second passes without even being modified. In fact, the RS7 is good for 591 horsepower.

By following along with the video below, though, we really get up close and personal to see what this car is all about. It practically puts us right in the driver’s seat without physically being in the driver’s seat. After this one, we get a new appreciation for exactly what Audi is investing in one of their flagship sedans. Is the juice worth the squeeze at $120,000, though? I guess that the answer to that question is in the eye of the beholder.