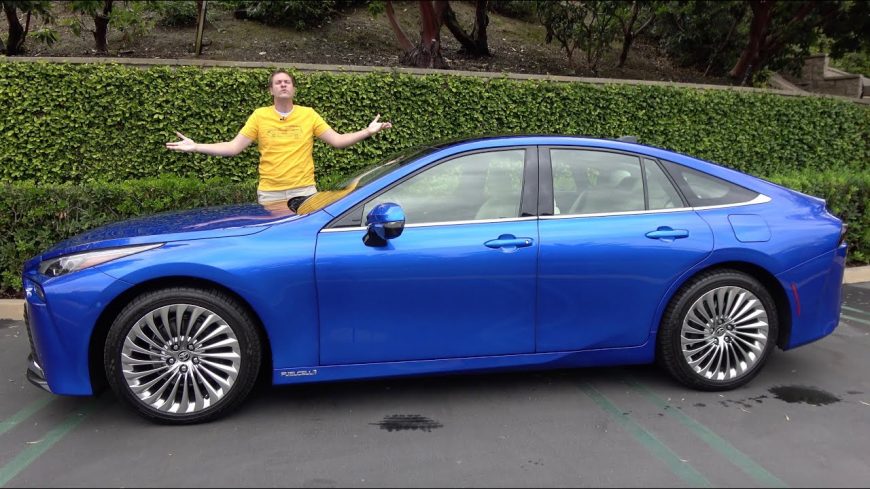 When we look toward the future, electric power seems to be the future of commuter cars. While many of us love our combustion-powered vehicles, it’s no secret that electric vehicles are making their presence felt in the mass-produced consumer vehicle category.

However, electricity isn’t the only alternative to gasoline in the vehicle market. Instead, Toyota is among the parties that have been trying to make waves in the world of hydrogen fuel cell vehicles. As we move into 2021, it seems as if the brand will continue its push into this realm.

This time, we take a look inside of the vehicle that goes by the name of the Toyota Mirai. The hydrogen-powered car functions very similarly to a combustion-powered car in terms of user input. Just like filling up at a gas pump, the user will have to fill up a hydrogen pump but instead of harmful emissions, all that we’re going to see out of the tailpipe of this particular Toyota is water vapor.

In turn, Toyota has made an attempt to make the Mirai a luxury vehicle as well. That part isn’t exactly a stretch of the imagination as the same folks are responsible for Lexus as well.

The only drawback with a vehicle like this is that it does look like hydrogen fueling stations are rather sparse. According to the Alternative Fuels Data Center, 43 retail hydrogen stations existed nationwide in mid-2020. However, there were plans for about 30 more to be built. Most of these stations are said to be located in California.

Just for perspective, about 168,000 gas stations exist around the country. In turn, there are expected to be over 100,000 electric charging stations in America at some point in 2021. I guess everything has to start somewhere, though.

We would be left to assume that the growth of the infrastructure would highly depend upon how electric vehicles pan out in the market. However, if we’re thinking incredibly long term, there’s probably also a more efficient means to creating power than the mining process required for the batteries in our electric vehicles. Perhaps, in the distant future, hydrogen might be the biggest competitor on the market but as of now, it’s pretty hard to tell what’s going to happen. If you ask Toyota, though, they likely wouldn’t count out hydrogen just yet.