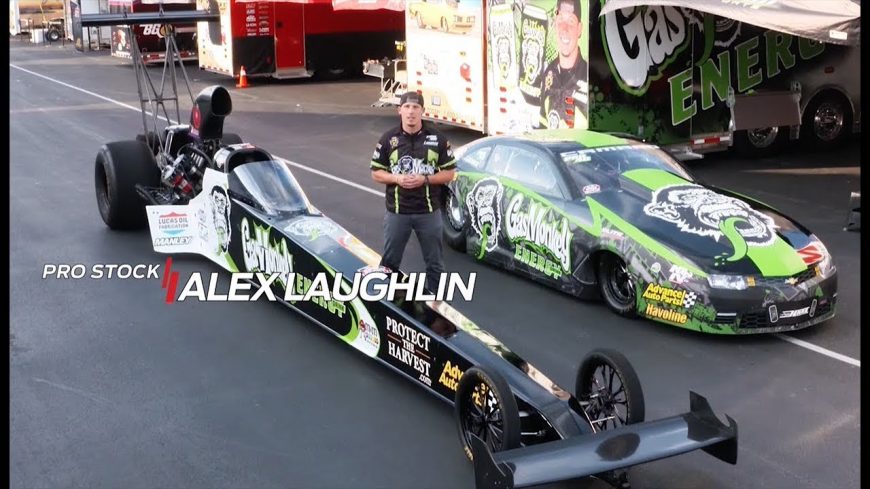 To those who don’t know any better, on the surface, drag racing might look like a simple task consisting of nothing more than hopping in the car, punching the pedal, and racing. However, if you have ever stepped foot on a race track or more specifically, been behind the wheel of a drag car, you know there’s a lot of volatility out there that can happen even though no turns are thrown into the mix. When it comes down to it, every different type of racing machine, whether it be anything from a street car to a top alcohol dragster, has something a little bit different going on that you’re going to have to get used to when you’re behind the wheel of each respective vehicle.

In this one, we take a look at our friend, Alex Laughlin’s, journey as he makes his way down the track in a pair of vehicles including a Pro Stock car and a Top Alcohol Dragster. Now, while it might seem like the cars are similar outside of the amount of power they make, nothing could be further from the truth. Even the way that the basic functions of the cars work are completely night and day. When you’re behind the wheel of one, the way that you launch and even slow down is completely the opposite of how the other one works. Now, just imagine having to control both of these opposite vehicles in two different racing classes on the same weekend.

Now, racing one class is difficult and stressful enough but throwing another class into the mix and racing two is a whole different ballgame entirely. Down in the video below, listen in as Alex gives you the full rundown of how exactly he manages the flip-flop between the two classes and tries to be a competitor in both. This certainly isn’t an easy feat and takes a lot of energy, focus, and skill to even begin to think about conquering.