Did you know? Driving too slow in the passing lane is against the law

Did you know? Driving too slow in the passing lane is against the law

Many might not be aware, but driving in the left lane while traveling at a rate ...

Many might not be aware, but driving in the left lane while traveling at a rate that’s slower than the flow of traffic around you is illegal and in some states, police are actually cracking down on it.

It might seem like that completely oblivious person driving along without a care in the world is just an annoyance, but it turns out that the slow moving driver can actually be dangerous to all of the travelers around them.

This news report takes it upon itself to give us all the details about why driving like this might be a bad idea and the consequences that one might expect if they’re caught in the act.

In some situations, the consequence might be as hefty as a misdemeanor. In short, all can be easily avoided with a bit of awareness and by being courteous and getting out of the way faster traffic.

We know that there are many that will rejoice in this news because nobody likes that guy who holds up traffic while he’s putting along in the left lane. Don’t be that guy!

Cop Scares Person Driving TOO SLOW In The Fast Lane! 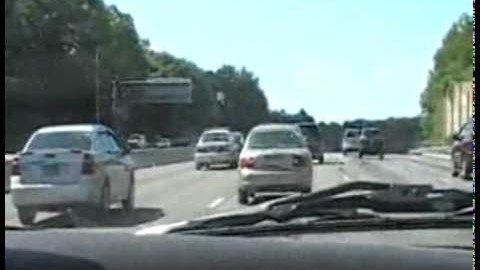