Did You Know You CAN’T wash your OWN CAR in China!?

Did You Know You CAN’T wash your OWN CAR in China!?

Here in the United States, one of the parts of car ownership that many people enjoy ...

Here in the United States, one of the parts of car ownership that many people enjoy doing on a relaxing weekend day is that of keeping it nice and clean. Obviously, in most cases in this country, whenever you want to, you can head out to your driveway, grab a bucket and some soapy water, and get to work, putting some elbow grease in to make sure that your ride is as clean as can possibly be. You also have an unlimited chain of self-washing stations that you could take it to clean it up a bit. Sure, it might seem like a built-in item of life but, it’s not like that in all parts of the world. In some places, washing your car is a little bit more difficult than it is on American soil.

This time, we take the liberty of checking out exactly what it’s like to get your car cleaned up in China. In this country, apparently, the concept of owning your own vehicle is rather new and this generation is one of the first to widely be able to take ownership of their very own rides. As such, when you combine this with the lack of space in a place like China which comes with the added feature of no driveways or even garden hoses, getting your car washed becomes even more difficult. In fact, because of the relatively new nature of the concept, according to this YouTube uploader, they don’t even have self-serve car washes, either. If you want to get your car washed, the only way is to take it to detailing place and pay the people there to shine it up for you.

Fortunately, for the people wanting to get their ride shined up, the price of labor in China isn’t that expensive, meaning that if you want to keep your wheels clean, it won’t be that expensive. However, it really makes you appreciate the ability that you have to just head out and clean your car in your very own driveway. As it turns out, that isn’t such a right after all as much as it is a privilege here in America. 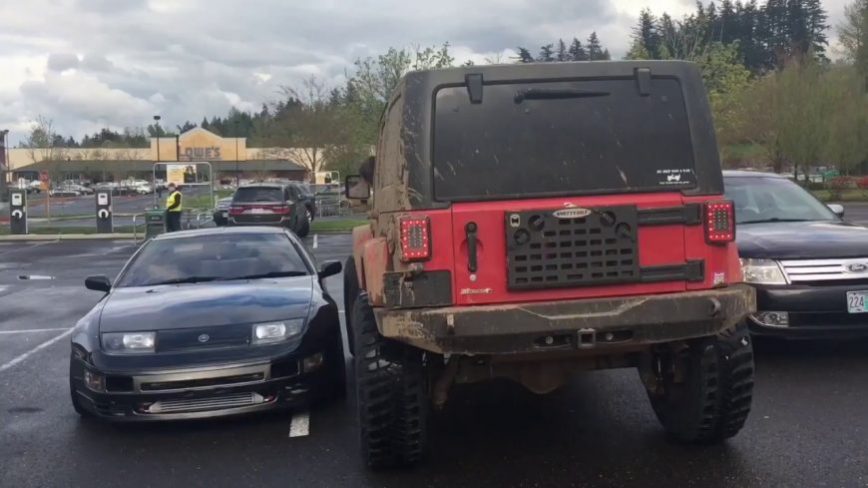