Violent Diesel Powered Chevy C10 Throws Down at the Track 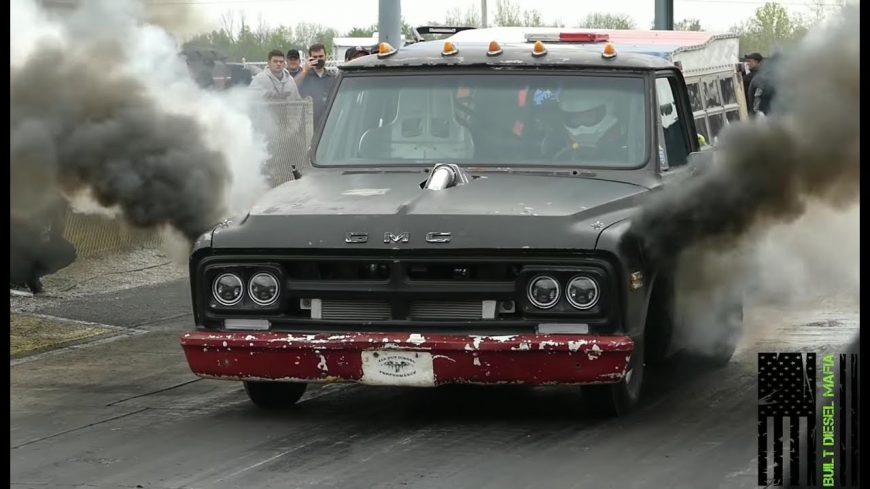 If there’s one thing that we’ve certainly learned from the truck community over the past couple of years, it’s to not sleep on a diesel. These engines that have been traditionally used for pulling a load definitely have potential in other areas. In recent years, the platform has become more and more popular as diesel truck owners figure out exactly what it takes to get their rides down the track!

This time, we check in with a diesel build that is unique, even for this platform! While most of the time, we see late model trucks sporting the power source, this one is a bit different. It looks like this truck owner decided that they wanted to make use of an old Chevrolet C10 instead! The result is insanely cool to watch as these factors come together in a package that we have to watch.

In this situation, it looks like the team here has a couple of things to figure out, still. While making some test passes, perhaps the combination isn’t entirely dialed in yet. However, we have to say that this jumping-off point has us incredibly excited to see what’s next. While the truck isn’t able to make a full clean pass, it is able to yank the front wheels up. It proves to be an epic wheelie display.

There’s just something that gets the adrenaline pumping about this build that we can’t put our finger on. What we can say, for sure, though, is that we could watch this amazing machine rocket its way down the track all day. With a little bit more attention, we get the feeling that this truck will be not only a showstopper but also quite the competitor. One of the coolest things about this build is that there aren’t going to be too many quite like it! – BUILT DIESEL MAFIA