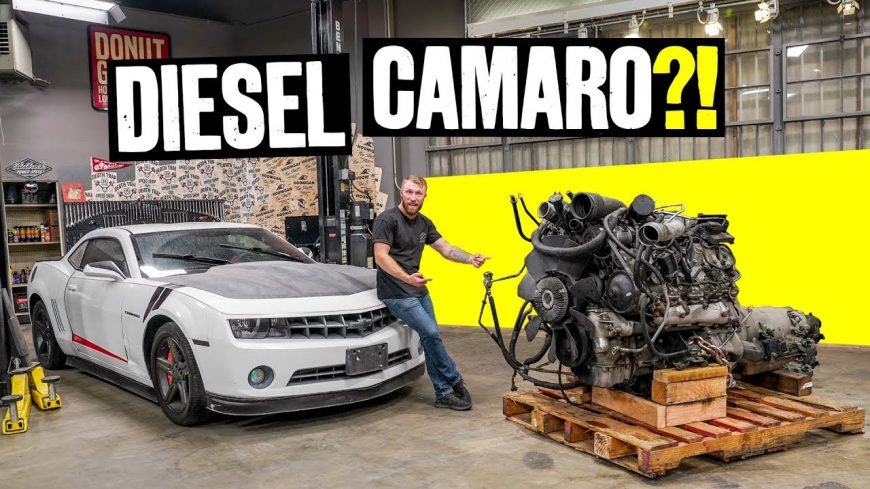 When it comes to thinking up an original build, it can be quite the task. In the age of the internet, it seems like everything has been done a million times. In turn, while the tried and true has its place, that place isn’t turning heads.

We have to say that one build that has really caught our eye is the latest out of the Hoonigan camp. Over on the Hoonigan Project Cars channel, we’re watching something come to life that seems to be completely one-of-a-kind. Not too many people think like this and we’re loving every second of it.

This time, we check out the likes of a fifth-generation Chevrolet Camaro. At this point, you might be asking what’s so special about such a car. The fifth-gen Camaro is relatively common. It looks like Hoonigan had the ultimate answer to that question, though. The car might be common here but what’s not so common is the power plant of choice.

Because this generation of Camaro is an LS-based car, there aren’t very many unique variations of it out there. After all, the LS is one of the most sought after engines in the entire performance community. Why would somebody bother to swap it out?

Instead of LS power, instead, this Camaro is going to be powered by a diesel engine. As if that weren’t enough of a unique caveat, the car’s use is going to be even more off-the-wall. At the end of the day, this diesel-powered Camaro is going to take on the standing mile. When all is said and done, the crew hopes that it will be able to eclipse the 200 mph mark.

A diesel-powered Camaro is one thing. Trying to make it go that fast is on another plane entirely. Let’s just say that things could get rather interesting.

If that’s not unique enough for you, then we’re not quite sure what to tell you.