Diesel Trucks Rollin Coal On Cops Compilation – What were they Thinking? 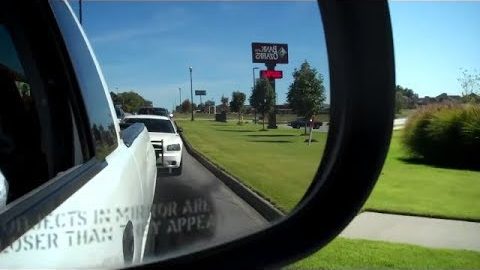 In the diesel truck community, there is one phenomenon that has grown pretty rapidly and really has made its mark on the automotive community. That phenomenon, of course, is rolling coal. If you have ever seen a diesel truck with a massive black cloud coming out of the exhaust, you know exactly what rolling coal is and while it was cute at first, at this point, it seems to have gotten rather annoying to most people inside of the diesel truck community and out. However, that doesn’t stop some from turning out that smoke and spitting it at everything from Toyota Prius drivers to police and everything/everyone in between.

This time, we check out a group of folks who thought it would be a good idea to roll coal on police. Just when you thought that this phenomenon was dying off, outcomes more and more videos like this that show people who are heading out in the streets and ready to black out the sun. Don’t get us wrong, we think that diesel truck performance is awesome and these machines really pack some muscle to carry out some useful tasks, however, when some kid decides that they want to throw on an inefficient tune in order to show off like this, we have to draw the line.

If you follow along in the video below, you’ll check out a couple of clips that show diesel truck owners rolling that black coal on police officers, of all people. For those who think that something like this is a good idea, you might want to watch out because the laws that state that doing this kind of thing are legal are spreading across the country and you never know when it will soon be illegal to roll coal in your neck of the woods.