Digging Into Han’s RX-7, One of the Craziest Movie Mazdas Ever, Plus Crash. 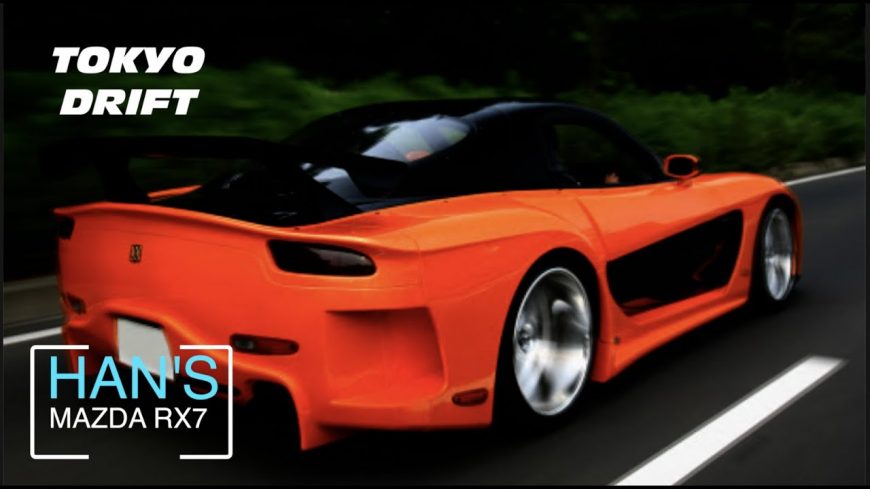 Over the course of the lifespan of the Fast and Furious franchise, there have been hundreds of awesome cars involved. There are so many, in fact, that we’re sure that those behind them could sit and talk about the car selections for hours.

For those who would be interested in such content, they’re in luck. As it turns out, Craig Lieberman, the technical advisor for the first couple of Fast and Furious movies has decided to open up about the car selections on his YouTube channel. Some of the stories he tells really make these cars even more impressive. Sometimes, he even spells out how the crew narrowly avoided disaster with their car selections.

This time, Lieberman takes a minute out of his schedule to tell us about the evolution of the Mazda RX-7 in the franchise. We all remember Dominic Toretto sitting behind the wheel of a bright red Mazda in the first movie. From there, though, we also saw several other situations that involved the FD generation of RX-7.

Perhaps the most notable example is the bright orange ride that would be driven by Han starting in the Tokyo Drift film.

This time, Lieberman takes a minute to break down exactly how the cast and crew went about getting that car. It turned out that it was actually quite a detailed and lengthy journey to end up with this particular selection. When it all came together, though, the bright machine really seemed to play its role perfectly.

By following along with the video below, we get to know more about Hans RX-7 than one could ever hope for. A descriptive video like this just goes to show us that sometimes, these car selections can be a little bit more than meets the eye. It might even entail a trip to Japan!

« The EarthRoamer LTi Shows Off Crazy Luxury Interior For Any Terrain