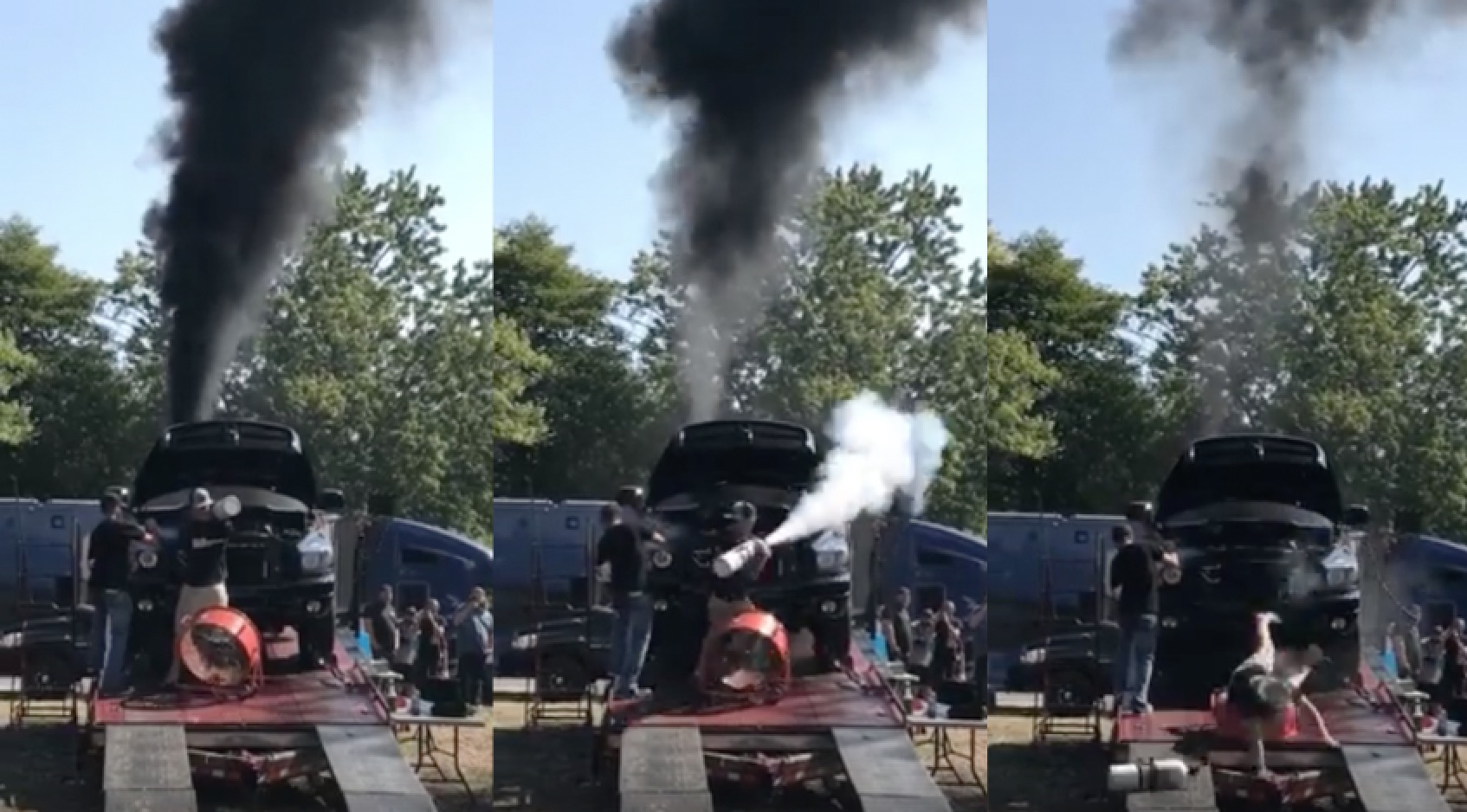 Diesel engines, like their gasoline-burning counterparts, react well to a shot of nitrous, so when this big diesel Dodge was strapped on the dyno, the driver had a couple of buddies stand in front of the truck (which, by the way, is ridiculously dangerous, for those out there who haven’t watched the countless dyno fail videos we’ve shared) and simply crack open the valves on a pair of fresh nitrous bottles.

While this is hardly ideal and any nitrous company out there will tell you not to ever do this, that doesn’t stop these guys from spraying the potent gas directly into the airbox while the diesel churns away on the rollers.

While I was absolutely expecting to see the engine let go, the Cummins powerplant handles the dose of spray like a champ. It’s what happens when the driver rolls out of the throttle that makes this video completely hilarious, especially for me, since I almost had one of these bottles do the same thing to me years ago. As the guy closer to the camera leans back, he likely got his orientation mixed up and cracked the valve further open when he meant to close it, causing the bottle to push him back off the elevated dyno platform. He seems to be okay, though that bottle will definitely need to be trashed as it could be prone to rupture after being dropped like that.

When I worked at my dad’s parts store, we filled nitrous bottles for our local racers. They would often bring the bottles in hot and, even though they were empty or just had a small amount of nitrous in them, the pressures would be too high to fill, so we would take the bottles out back and open them up to release the pressure. Despite having done this countless times, one day I just wasn’t paying attention and had one of the bottles try to take flight when I spun the handle open. Luckily, I was able to hang onto the handle and crank it back closed, just as the bottle lifted off the ground. I held on as it swung up, then returned it gently back to the ground, thankful I’d been able to keep from having to buy the customer a new bottle out of my own pocket.