Down in Australia, the gearheads are known for digging into their cars and going ...

Down in Australia, the gearheads are known for digging into their cars and going above and beyond in the name of making obscene amounts of power and going even more nuts when it comes to driving it. These guys really go all out when it comes to wheeling their muscle machines.

Normally, the Aussies are known for shredding tires with the best of them but this time, we’re in for a little bit different treat as the burnout pad is ditched in favor of an off-road pulling event that puts one of the baddest Holden Ute machines that we have ever seen to the test.

With the help of 454 cubic inches of big block v8 power, a beefed-up transmission, gearbox, and differential, we’re able to see this rough and rugged machine go wheels up as it attempts to put all of its pulling power on display. This driver isn’t holding back in any way that you could imagine. He’s all in!

Check out the video below that showcases the insane action as big time muscle is put on display and we’re left to watch in awe. Machines like this really have the ability to get the blood flowing and we would most certainly recommend this kind of competition for anyone who’s looking for an adrenaline rush.

Ever Thrown a Rod? How About Throwing a Block? 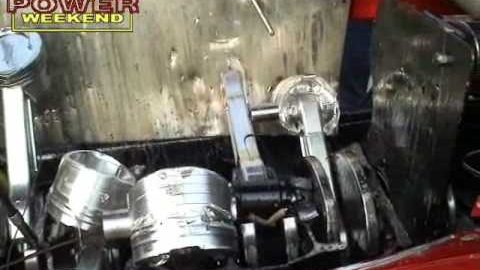