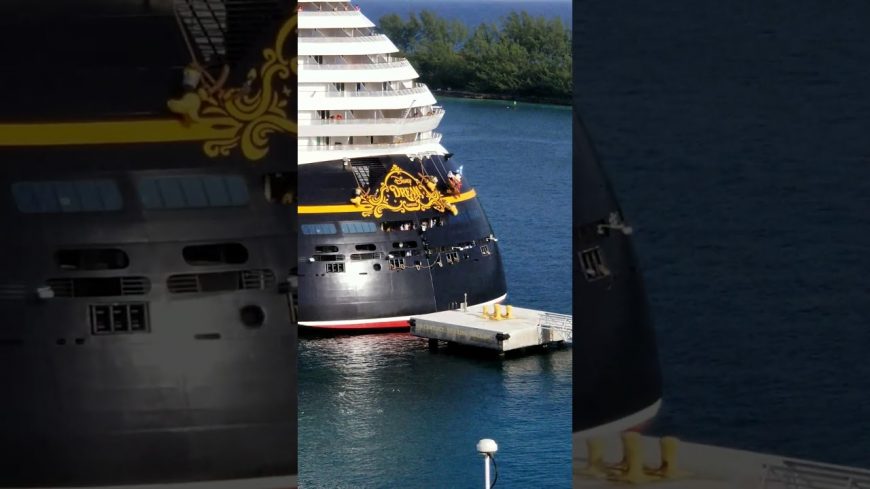 In many situations, when you see something unfolding that may end in disaster, there is something that you can do to step in and help. Whether it be shouting to a driver that they’re about to run into something or even something more proactive like helping to push somebody out of the way of danger, these situations really make you feel helpful. However, other times, there are sequences where you can’t do very much but stand around with your hands in your pockets and just watch the disaster unfold in front of your eyes… and maybe record it on video.

In this one, that’s exactly what happens as we check out a video in which an individual watches a Disney cruise ship slam straight into the dock. It’s pretty incredible to watch as this massive vessel just keeps on going back and back before it ends up sliding too far and ramming into the fixed pier. Personally, when watching this video for myself, with all of my inexperience, I would expect that a vessel that sizable would probably make the dock crumble under its weight, however, it looks like whoever built the fixed platform wasn’t planning on it going down anytime soon as the ship banged into it and the structure didn’t move but instead left a rather large gouge in the back of the ship.

Whether or not this was the single person’s wrongdoing is hard to tell, however, it looks like someone is going to get a stern yelling at because, even though I might not be an expert on cruise ships, I can already tell you that repairing that hull is going to cost a ton of money. There’s no telling how many people are going to have their jobs on the chopping block after a mistake like this one.