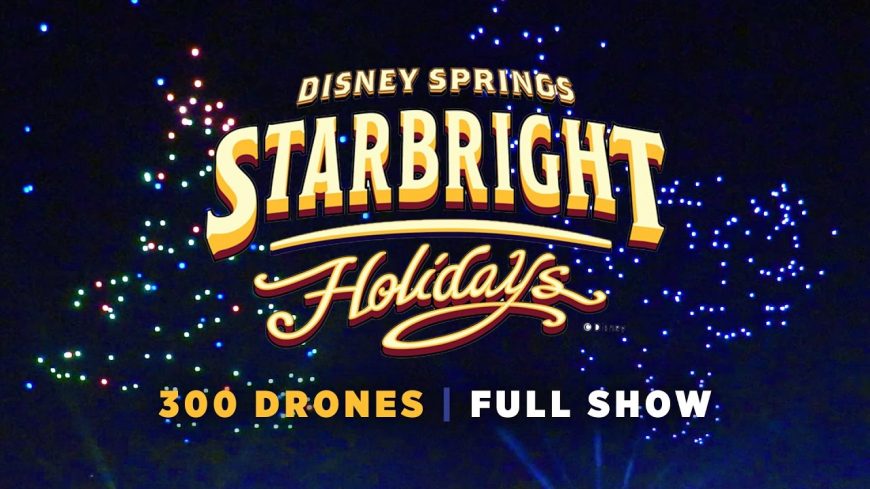 Another day, another insanely cool thing that technology has brought into our lives. I don’t care if you’re 9 or 90, the mystical magic of Disney will always spark that child-like wonder in all of us. If it doesn’t make you feel all giddy like a kid on Christmas again, you’re broken and need help finding your heart.

Combine that magic with the undeniable coolness of drones, sprinkle in a little Christmas music and some dazzling lights, and you have the makings of something truly spectacular. With help from the geniuses over at Intel, Disney put together this drone-powered light show for the countless fans who flock to the Orlando-based theme park during the holiday season.

One onlooker just happened to grab a tripod to setup his camera and record the breathtaking display above as the sky over the park was brought to life by the countless drones and their automated light display. The intricate coordinated movements and light changes all worked to paint the night sky with beautiful shapes and arrays that certainly captivated all those in attendance.

While it would be awesome to think of a herd of pilots flying their drones in unison, the minds at Intel and Disney worked together to automate this show, bringing all of this beauty to life with clicks and keystrokes instead of joysticks. That doesn’t diminish the beauty of it though, as you can clearly see. I can’t even begin to wrap my head around the smarts it would require to program these drones to launch, perform and land all in a three-dimensional space, without so much as a hiccup.

While this is the first show of this type that I’ve seen, I have to assume others will be following soon. Be it from Disney or elsewhere, something tells me this may even replace fireworks as a celebratory light show for holidays and huge events.