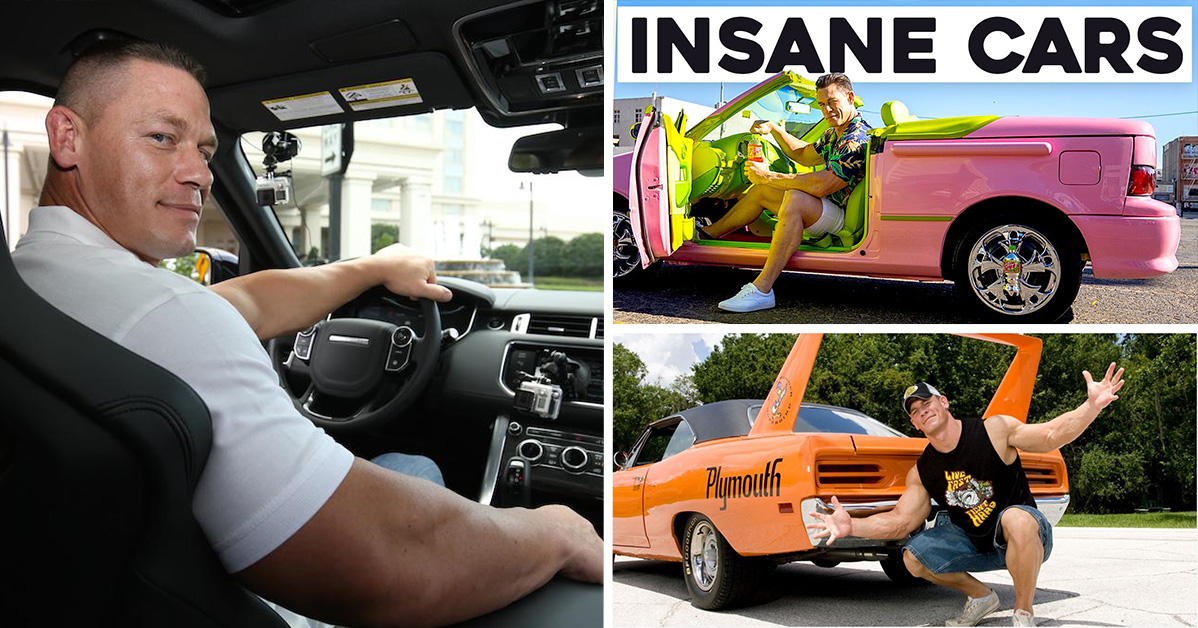 For those who grew up watching the WWE, we aren’t too sure that many could’ve predicted the career trajectory of John Cena. Back in the day, it wasn’t even apparent that he was going to be a big deal in the wrestling ring. However, all of these years later, Cena managed not only a Hall of Fame-worthy wrestling career. He also managed to become so much more, transcending the industry that gave him the spotlight.

Not only do we see him in movies but it also seems like just about every brand imaginable wants to plaster his face all over their marketing attempts as well. Long story longer, Cena has pretty much become a household name on a variety of levels.

With all of this work, let’s just say that Cena has put together quite the amount of wealth for himself. With that wealth, part of the spending comes exactly in the way that somebody reading an article on Speed Society would like to spend their money as well.

We completely get it, we’re in the same boat of concocting a list of dream machines that we would have if money were no object. However, it looks like Cena has managed to act on such a list instead of just dreaming. In this particular feature from Ideal Media, we get to go inside a part of the car collection of one of the world’s most popular entertainers.

As it turns out, the collection is actually rather diverse. From a 2017 Ford GT that was a part of a scandal where Ford sued Cena for selling the car before he was allowed to all the way to exotics like a Mercedes-Benz SLR McLaren roadster or the highly renowned Plymouth Superbird, it seems like Cena really knows his cars and doesn’t discriminate at all. He has even found room for a little red Jeep in his collection as well.

Down in the video below, we get the rundown of the collection from a car guy who has really hit the big time. After checking in with this off-the-wall collection, be sure to tell us if you think that these cars match their owner.