Do Any of Those Rust Stoppers Actually Work? Let’s Find Out! 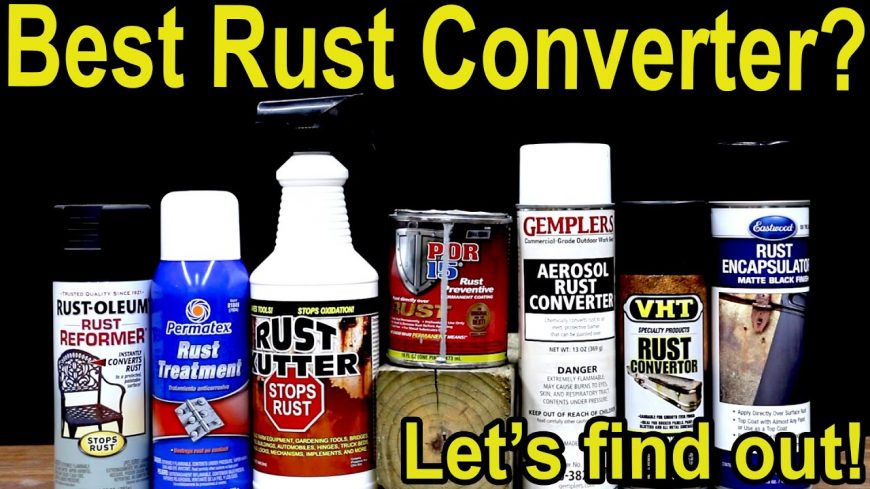 It’s certainly no secret that nobody ever had a good time that was started by finding out that one of their possessions was rusted. Rust has the sneaky way of becoming a part of the equation and turning a good day into a bad one sometimes – especially in the world of cars.

Not only is rust unsightly but eventually, if left alone for long enough, rust can begin to structurally degrade anything from an automotive frame to a chair that one might use on the porch.

However, just because you own something that is made out of material that might begin to rust isn’t to say that you have to stand by and watch it happen. Instead, they are all sorts of preventative measures that one can take to make sure that this corrosion doesn’t happen in the first place.

This time, though, the subject of discussion isn’t preventative measures but instead reactive measures. After you have discovered that rust has begun to form, these different products promise that they will be able to stop rust in its tracks or even convert it into something else entirely. That could be super useful when looking at some parts beneath our rides!

Behind the experiment this time, we run into the Project Farm YouTube channel as they take on a variety of different rust converters and other rust treatment products to see if this stuff is actually any good or if it’s just hyped up by the manufacturer to try and sell a couple of more products.

Down in the video below, we check in with seven different products that go head to head with one another. Thrown in the mix just to see how good they really are, we find a can of spray paint as well. Could typical spray paint live up to one of these products that are supposed to be specifically designed to get rid of rust?

There’s only one way to find out!