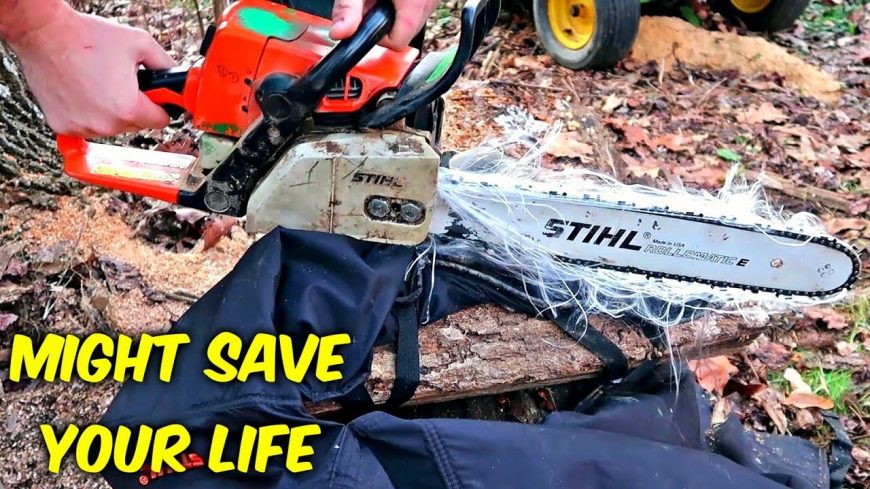 When it comes to a variety of different jobs, safety equipment might be something that would be a good idea just in case something goes awry or perhaps some debris goes flying! In the case of using a chainsaw, one thing that you’re certainly not going to want to do is have a slip up because with that sort of heavy equipment, you might just be losing a limb if your mistake is too hefty. However, if you fear that your next time using a chainsaw has the potential for injury, there are preventative measures that you can take to try and minimize the blowback.

So, this time, we take a look at the video from the Crazy Russian Hacker as he takes on the challenge of putting a chainsaw up against a pair of chainsaw-resistant pants. Now, he says that he has used them before in a demonstration like this and it worked but this time, the goal is to put the chainsaw up against a slow motion camera to see how exactly these pants work when they’re struck with the blow of the chain. Essentially, the goal of it all is to slowly tear apart the pants as to jam the chainsaw, disallowing it to continue rolling straight through your leg.

If you follow along down the video below, you’ll be able to see the pants as they come apart in real time before coming apart in slow motion, steadily being removed, layer by layer, and it’s oh so satisfying to watch. If you tune in to the demonstration for yourself, I can almost guarantee that you’ll want a pair of these if you ever plan on using a chainsaw in the future. They do such an effective job of stopping that saw in its tracks and it’s almost a no-brainer that you’re going to want to use them!