Dodge Chargers Do Massive Burnout in Front of Cops, Car Meet Organizer Gets in Their Faces 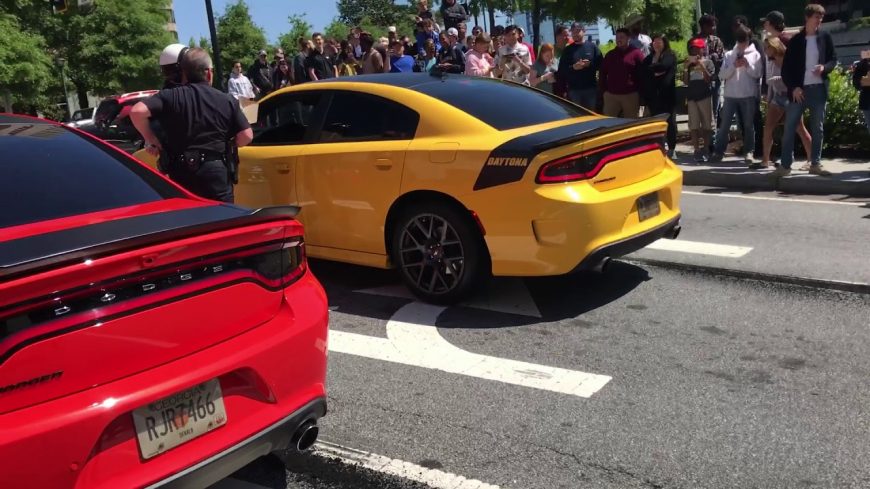 Sometimes, when you approach a car show, you may think that everything is going to be calm, cool, and collected as enthusiasts share stories and chat a little bit while peeking under one another’s hoods and taking a minute to catch up with each other. However, not all car shows are created equal and sometimes, there might be an individual or two who want to get a little bit rowdier than some of the others who have shown up and are looking to have a relaxed day with some automobiles. This time, we are going to let you take a guess as to who those individuals just so happened to be.

As it turns out, couple of guys driving Dodge Chargers happened to want to show off a little bit more than most at this car show, ripping off some massive burnouts, however, what they fail to realize before ripping those burnouts was that there was police lurking right around the corner and waiting for them as soon his they were done shredding tires. Given the fact that these weren’t little burnouts either and they were monstrous rubber shredding displays that left tons of black marks and smoke flying through the sky means that there was actually no way that they were going to get away with it, either.

If you follow along with the video below, the entire thing was captured on video as these guys simply had to put their money where their mouth was and eventually ended up getting pulled over. From what we gathered in the comments of the video they were towed as well and slapped with a couple hundred dollars in fines each along with the event organizer getting all up in their faces around the 3:25 mark.

That’s definitely enough incentive to not try something like this in the future!