The Dodge Demon is quite a rare beast to have ownership of. For those unfamiliar, the ...

The Dodge Demon is quite a rare beast to have ownership of. For those unfamiliar, the supercharged 808 hp monster was produced to the tune of 3300 units total. Dodge promised us that they would never create a Demon again which means that the outstanding units are finite and probably decreasing as we speak. We all know that there are some lead-footed drivers who can’t manage a straight line.

When the Demon first came out, lots of people saw the potential for a quick buck. With an MSRP of $84,995 brand new, investors would purchase the cars and be able to turn them over a quick profit, flipping the cars for tens of thousands of dollars right off the bat.

What exactly would one of these cars be worth if someone were to buy and hold, though? Some might argue that they might be a collectible long down the road. However, one California car dealer has decided that now is the time to cash in and we think they might be right.

Because of the state of the automotive union right now, we would see 16 brand new Demons hit the lot at Huntington Beach Chrysler Dodge Jeep RAM. As most of these cars have seen mileage, it’s almost impossible to find a brand new example. For those who are willing to spend the money, though, Huntington Beach is willing to accommodate. 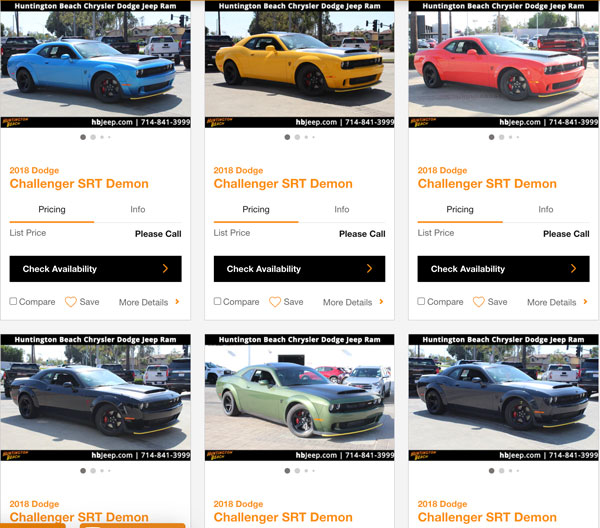 A post from Jalopnik discovered this gold mine of Demons and got to the bottom of how exactly they all ended up for sale at the same time. Apparently, the people behind the dealership were holding onto the cars and waiting for just the right time. They say that with the current nationwide vehicle stock shortage, the time is now to sell just about any car.

As far as the asking price goes, the article also mentions that the dealership will be looking for $200,000 each even though they don’t list the price in their ad. In the scheme of things, that’s quite a profit margin but it also appears as if that might be a pretty good deal moving forward. It’s hard to tell just exactly what a car is worth when there are no other comparable machines on the market.

Therefore, this opportunity seems to be one of a kind! A buyer even has their choice of the litter when it comes to color.

Just When You Thought it Couldn't Get Better, a Demon Gets Kooks Long Tube Headers (Epic Sound!) 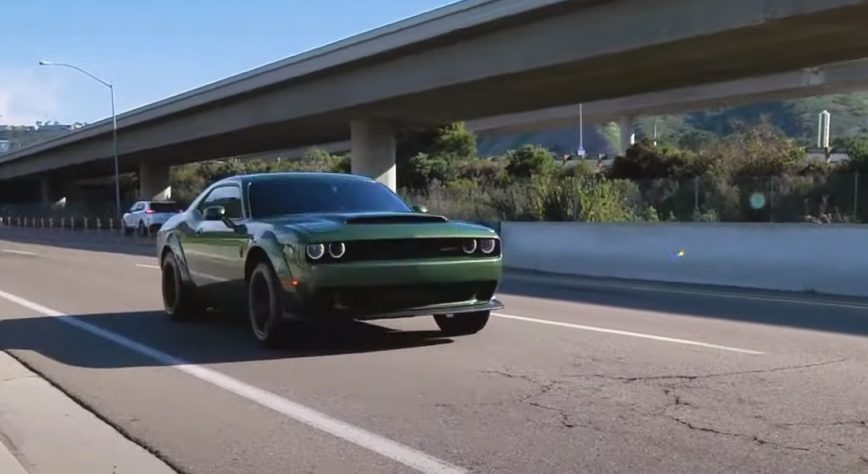