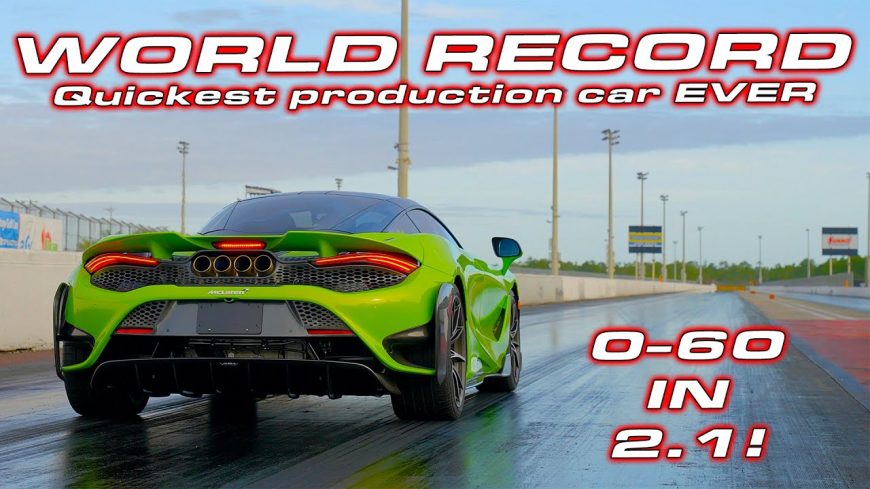 It’s absolutely absurd just how fast some production cars are going these days. Just over the horizon, we even have the promise for electric cars to be able to crack into the single-digit range. Tesla recently dropped the news this week that its “Plaid” and “Plaid Plus” models will be capable of nine-second quarter-mile times with over 1000 horsepower and that’s just the beginning of the electric wave.

However, combustion-powered machines have shown that they aren’t ready to give up the limelight just yet. As we continue to see new models come out and improve, it seems like each has the chance to be quicker than the last. As of just a couple of days ago, the quickest production car in the world was still the Dodge Demon. It was pretty hard to miss the hype for the car unless you were living under a rock. Within that hype, Dodge made sure that their audience knew that the car was capable of skating down a quarter mile to the tune of 9.65 seconds. It would become the fastest production car to ever take on the quarter-mile.

However, one thing to know is that if you’re the top dog, there are likely a lot of others gunning for you. One of those competitors just so happens to be McLaren. With the likes of the McLaren 765LT, we see a new top dog in terms of the quickest to ever complete the quarter-mile as a production vehicle.

While the Demon does retain its spot as the only car in the top 10 to not cost more than six figures, the $299,000 McLaren is king at least for the time being. Down in the video below, we follow along with DragTimes as they send the 765LT down the quarter-mile in just 9.33 seconds at 150 mph.