When the opportunity to play with a new toy in the automotive scene comes up, it ...

When the opportunity to play with a new toy in the automotive scene comes up, it seems like we have the urge to see this machine go up against everything possible. I mean, in the world of performance, it’s only natural that we compare machines against one another as it’s pretty much the basis for that entire realm of motoring. I mean, what’s the point of going fast if you can’t compare your quarter-mile times, best laps, or even half mile trap speeds? In turn, you can use those traps speeds to compare one car against another to see which is truly faster, trying to figure out which car has the most bang for your buck or offers of the best performance ability.

It almost goes without saying that one of the latest performance machines to hit the scene and go racing is none other than the Dodge Demon. The car has gathered quite a good reputation and now that it’s being put to the test, it’s showing us that it’s able to uphold that reputation, perhaps pushing it a little bit deeper into the performance realm and showing us its true colors against a variety of machines. This time, the machine in question is none other than a Dodge Challenger Drag Pack in the next lane over, a car that has been built with one purpose only and that’s being able to tear into the dragstrip.

So how will it all pan out between the street-legal race car and the purpose-built track car? Will the newer version of the Dodge Challenger be able to take out the tried and true champion? Well, if you tune in to the video below, you’ll be able to soak in all the sights and sounds as these two battle it out with one another. There’s nothing to it but to do it and the only way that we’re going to get a winner here is to have us a drag race so watch these competitors have at it down below! 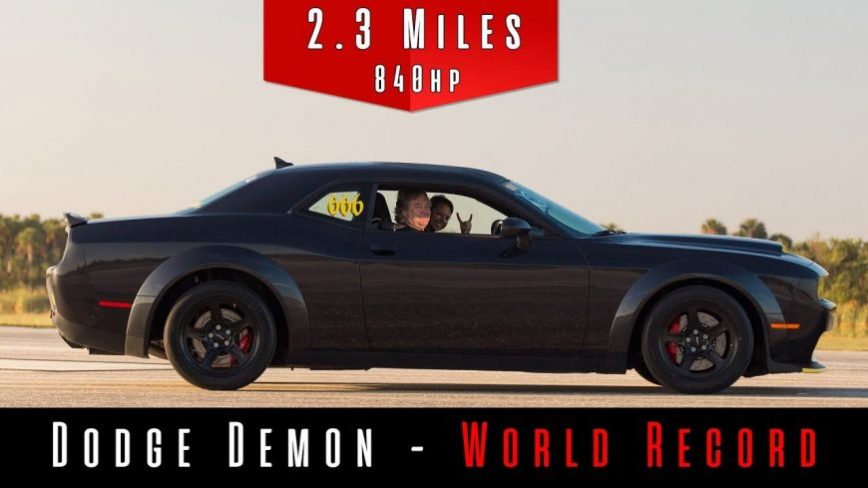