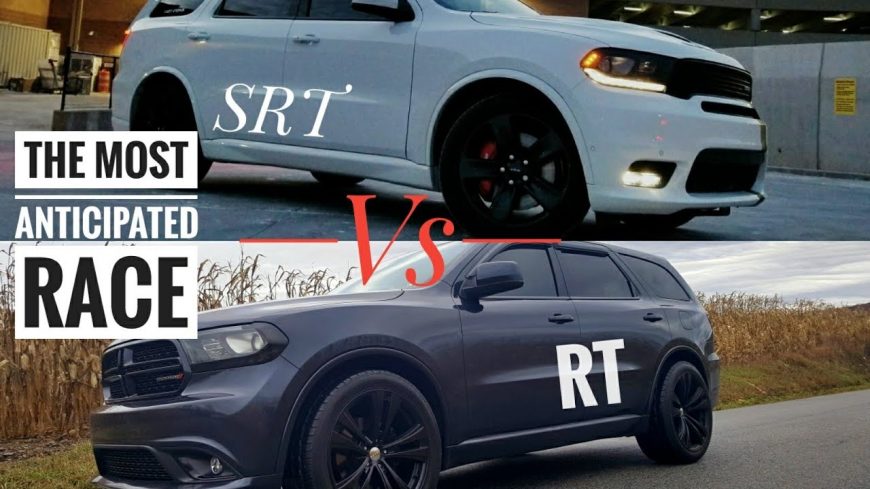 A few months ago, when we were invited by Dodge to test drive the quarter-mile-blistering Demon, we also got to participate in a totally different track day. While I wrote at length about my time behind the wheel of the Demon at Lucas Oil Dragway, I didn’t really dive into the rest of the experience, which was easily one of the top moments of my career. When I saw this new video from Stefan and his Mod2Fame Vlog channel, it seemed like the perfect opportunity to tie his video in with our experience at the Indianapolis Motor Speedway.

We first treated to a lap around the infield road course at the famed Indianapolis Motor Speedway in, of all things, the Dodge Grand Caravans we’d been shuttled to the track in. Let me assure you, in capable hands, you can scare the crap our of somebody in this minivan, and that was just to give us a tour of the track layout. After our lap in the van, we were handed helmets and strapped into the passenger seats of Dodge’s soon-to-be-released (at the time) SRT Durango. I was struck immediately by the upgraded SUV’s subtle but effective styling cues, giving it a slightly more aggressive look while still maintaining it’s calm demeanor from the outside.

Under the hood, a naturally aspirated Hemi cranks out an impressive 475 horsepower, more than 100 over the R/T model. As our driver took us around the track, I couldn’t help but notice that he made the sizable SUV feel much smaller as he dove deep into the corners and carried what seemed like impossibly high speeds throughout each turn. A hint of body roll reminded us that we were, in fact, in an SUV, but if you’d blind folded me for the ride I’d have had a very hard time believing I wasn’t in a powerful, sporty sedan.

After our ride along, we were given the opportunity to drive, but I passed on getting behind the wheel, as I’d never driven on any kind of track that wasn’t perfectly straight and didn’t think the Indianapolis Motor Speedway at a Dodge press event was the ideal place to get my feet wet.

As you can see in the Mod2Fame video, the SRT is decidedly quicker from a kick than the R/T model, which does make a respectable 360 HP from its smaller displacement Hemi. The SRT has launch control, exactly like what you find in it’s passenger car cousin Hellcat Challenger and Charger, and it works well, keeping spinning to a minimum while the R/T does spin a bit even with less power on tap. The dig races give us a great chance to hear the SRT shifting through the gears, something that stood out to me as a real key for the time I spent onboard at Indy. The transmission in these things is solid, shifting firmly but not jarring, and doing a great job of keeping the engine in its happiest range.

When they hit the freeway for some roll races, the R/T does a much better job of hanging with the SRT, at least through the first few seconds. As the RPM’s build, however, the bigger, badder Hemi in the SRT pulls away steadily, putting several Durango lengths on the R/T before they shut down. I love how Stefan switches perspectives back and forth between the two rides to show both views of the races, just a small look at his creativeness and production value that his videos offer. Look for much more from this steadily-growing channel in the future!

« So Much for your Campfire