With a company like Dodge you can expect one thing: POWER! The automaker responsible ...

With a company like Dodge you can expect one thing: POWER! The automaker responsible for bringing you the Viper, the Hellcat and the Demon is set to announce something new July 4th, and it looks like they’re furthering their sports car line up even deeper.

After having just announced a new Ram, dubbed the Rebel, which is powered by the supercharged Hellcat HEMI and set to challenge the Ford Raptor in it’s performance off-road market, as well as a new Hellcat variant that features more power than before, named the “Redeye”, this secretive teaser hit Dodge’s social media platforms today and has MOPAR fan’s buzzing with speculation.

While the world has been waiting to see what they would replace the beloved Viper with since they announced it was being discontinued, this doesn’t appear to be a Viper replacement, at least not directly, based on the silhouette of the car. It does appear to be based on the Challenger platform, as we can tell from the video Dodge posted on Instagram and Facebook teasing the Independence Day reveal.

If Dodge were to fill in that gap with something around the 550-600 horsepower range and could keep the price well below the $65k stickier on the Hellcat, they just might hit a homerun with buyers looking for more power than the Scat Pack but without the budget for the Hellcat. It just so happens that the RAM Rebel’s Hellcat variant will be cranking out 575 horsepower, a perfect drop-in for this area of the market.

Check back on Independence Day to see what the fuss is all about!

Get ready to light the fuse. 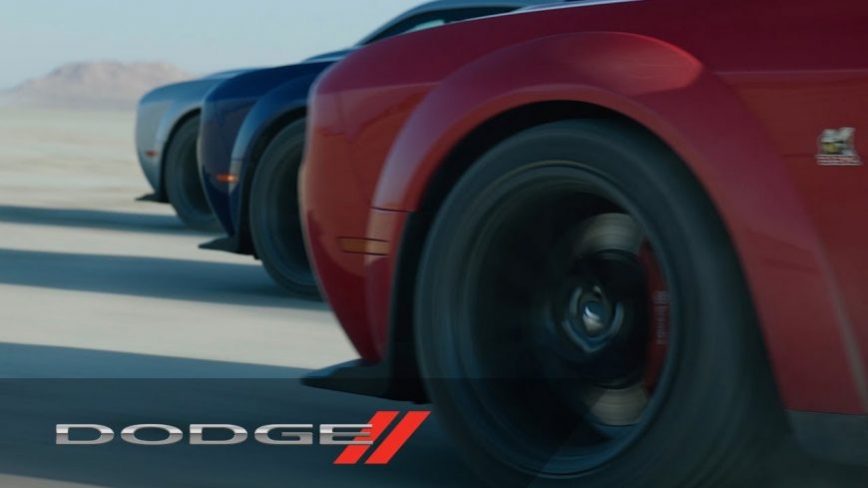