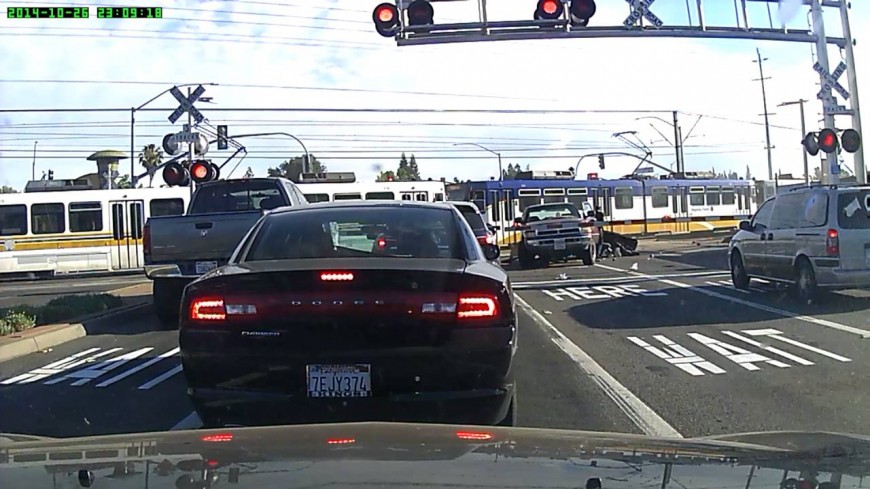 This situation got just a little bit tight as the driver of a Dodge Ram missed railroad crossing signs and the stopped traffic waiting on a passing train and thus, paid the price.

We watch via dashcam of a stopped car as the truck keeps on rolling and we wonder when it’s going to stop, but that point never comes.

Before we know it, the train is clobbering the Dodge to the point where it doesn’t even look like a truck anymore… it’s just one big pile of wreckage.

Check out the video below that shows the truck’s final moments. Somehow, the driver managed to survive, though, and is even able to get out under his own power. If you want to talk about luck, that’s it!

« Dung Beetle From Street Outlaws Spinning 400 ft Down The Street