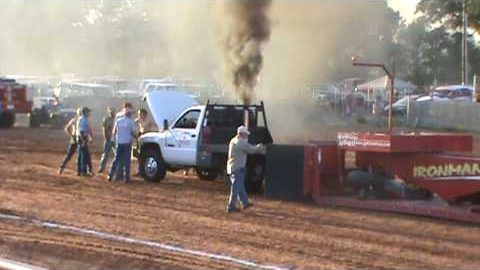 If you’ve ever heard the term runaway diesel or, as we called it all my life here in the south, simply “dieseling”, you know how scary it can be when a diesel engine finds another source of fuel and refuses to shut off, no matter what you do to try to shut it down.

Some of you out there reading this may not realize that diesel engines don’t rely on spark plugs for igniting the air/fuel mixture in the combustion chamber like a gas burning engine. Instead, they rely on extremely high compression to ignite the mixture, which means when you kill the “ignition” (I.e. turn the key off) in a diesel vehicle, what actually happens is the fuel injectors stop firing.

With no diesel fuel firing into the cylinder, there’s nothing to combust, unless there is some other source of flammable liquid. “Where might that come from?” you ask. Well, there’s really only one other place it can come from, and that’s the oil pan. “But how would oil from the oil pan get into the intake?” seems like a logical follow-up question you may be asking.

Turbo’s require lubrication and in most cases that lube comes from the engine’s own oiling system. It turns out, inside the turbocharger, there’s nothing separating the oil from the turbine but an o-ring, and as we all know, o-rings can and do fail from time to time. All it takes is one o-ring failure and you’re looking at a nice spray of oil inside the turbo, which happens to feed right into the intake, which in turn feeds into the cylinder, where that insanely high compression is still firing things off like a champ.

You kill the switch, and fuel stops feeding in, but the oil is still being fed in from the turbo. As you can imagine, this results in the engine continuing to run just like the key was on. The only thing you can do at this point is starve the engine for air. You can either find something solid to block off the intake itself or the inlet to the turbo – many diesel trucks have what amounts to a guillotine that kills the air going into the engine – or spray a carbon-dioxide fire extinguisher into the intake, which will displace the oxygen enough to kill the ignition cycle.

« Video Compilation: Dormant Diesels Starting for the First Time in Decades will Give you a Chill