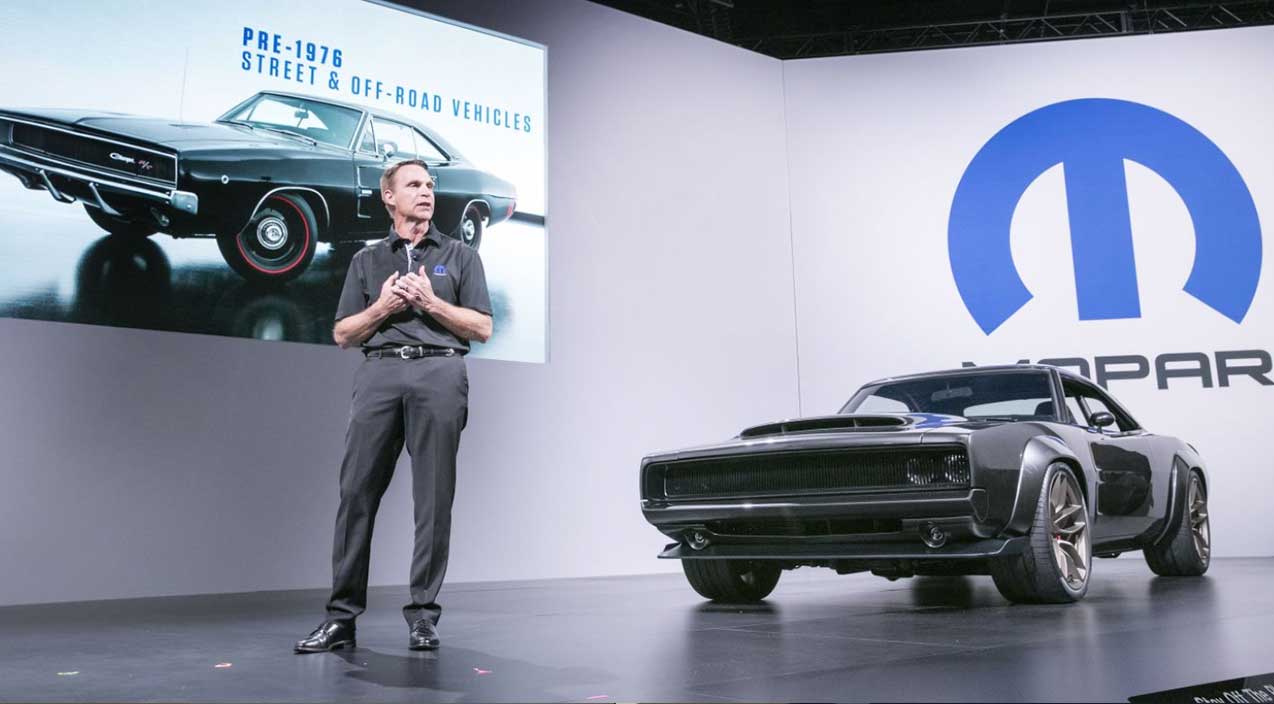 There are fewer platforms more synonymous with brute horsepower than the legendary 426 HEMI. Decades ago, Mopar changed the game forever with the release of the HEMI, so named for it’s trademark hemispherical combustion chamber. The cylinder head design offered greater efficiency and allowed for insane horsepower levels, especially when combined with a supercharger. The original 426 HEMI is the basis for the engines used in modern top fuel dragsters and funny cars that crank out 11,000 horsepower and cover the 1,000 foot drag strip in 3.6 seconds at over 330 MPH.

For those of us who want to go fast, but maybe not quite “Top Fuel fast”, Mopar has just announced its Hellephant, a modern version of the 426 HEMI that enthusiasts will be able to order as a crate engine to drop right into whatever project they may be working on. Thanks to a lightweight aluminum block, those trademark HEMI cylinder heads, and a massive supercharger, then Hellephant makes 1,000 horsepower and 950 ft/lbs or torque. For those keeping score, from what I’ve been able to find, this is the highest horsepower crate engine offered by any automaker.

I may be a little ahead of myself – but that’s kind of how predictions work, isn’t it? – but I could see Mopar’s HEMI knocking Chevrolet’s venerable LS platform off the top of the go-to crate engine list. In talking with other hotrodders recently, it seems the LS may have reached the point of being “played out”. Sure, they’re still being used in just about any kind of swap that you can think of, but I don’t remember the last time anybody was really surprised to see an LS in… well… anything.

Perhaps the time has come for a changing of the guard, and with several options available across a wide range of horsepower levels and prices, Mopar is in position to step to the front, led by the almighty Hellephant!

‘Hellephant’ in the Room: Mopar Stampedes into SEMA with 1,000 Horsepower 426 Crate HEMI® Engine

1,000 horsepower is no longer a lottery jackpot dream. Mopar has unveiled the “Hellephant” crate engine: 426 cubic inches, Gen 3 HEMI® design with race-proven aluminum block and new, larger supercharger. The “Hellephant” feeds 950 lb-ft of torque to whatever you can fit it into. For example: the 1968 Dodge “Super Charger” concept, a modern take on the 50-year-old iconic design. Long, low, wide, fast. Ready to roar? Get more details at http://bit.ly/Hellephant and watch the video to make friends with the Hellephant.

« How Much Do The Big Car Guy YouTubers Actually Make?