Dog Stops Traffic for Miles, People Get Out in Traffic to Try and Save It 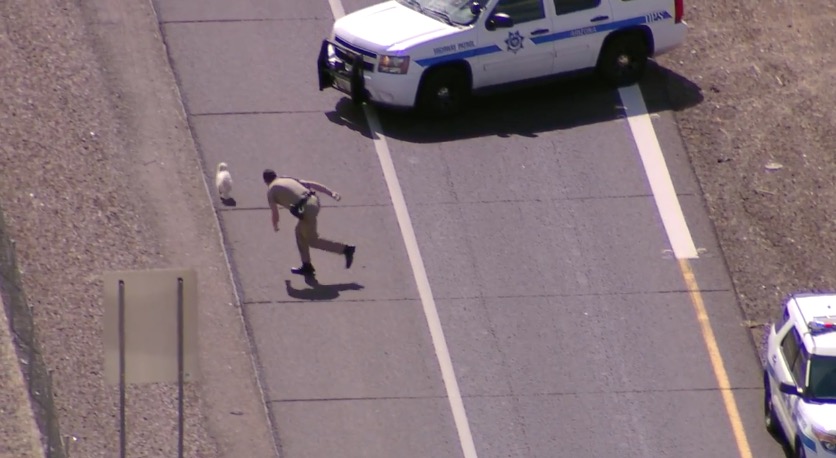 One of the strongest relationships that somebody can have in a lifetime, believe it or not, might be between them and one of their favorite pet. Because many people understand this relationship, it’s almost like human beings will go out of their way for one another more if an animal is involved. I’m not really sure what it is but there’s just something a lot of peoples’ emotions that really makes them step their game up for a dog or a cat. It’s kind of backward when you think about it, but might have a little something to do with the innocence exhibited by an animal as they don’t know right from wrong.

This time, we catch up with a situation that really shows people who have an understanding for the love of animals. It appears that somebody’s dog got loose on the highway, one that spans several lanes and was pretty heavily congested with traffic on this particular day, however, that didn’t stop the people who were traveling down the roadway from stopping what they were doing and hopping out of their cars to try and wrangle this little rascal up. The effort was pretty wild to watch as it took a team to try to get this dog back into safe keeping.

If you check out the video below, you’ll be able to see the scene as not only traffic comes to a dead stop but also multiple people end up getting in on the effort to try and chase down the animal in the middle of one big congested jam. It’s actually a pretty funny scene to watch, even though I’m sure that there were a fair share people here who ended up getting pretty frustrated with the situation. However, at the end of the day, I guess that you could say that is all for the greater good.

My mother works for the news and got all this footage of a dog running loose on I-17. from funny