When you think of all the jobs these days that are done by computerized tasks, ...

When you think of all the jobs these days that are done by computerized tasks, it’s pretty mind-boggling, to say the least. In this day and age, computers are controlling a lot of the mechanisms that play a role in in our daily routines and life only continues to get more and more automated as the days go on. Before you know it, humanity could be getting pushed out of the workforce in droves by artificial intelligence. This is where we begin to queue the scary music for the Hollywood movies about the man versus robot battles.

We aren’t quite sure if the cinematic man-versus-machine battle will ever really unfold in real life but what we do know is that humanity is taking leaps toward taking some of the work out of the workforce, picking jobs that might be a little bit cheaper to be done by computers and potentially even more efficient when done by such programs. For this demonstration, it looks like Domino’s Pizza is rolling out a platform for which they will be removing delivery drivers. Perhaps this is their next big publicity stunt after their pothole paving marketing campaign went viral.

You might be wondering exactly how the company has these cars running around on public streets. Isn’t it against the law to have a complely driverless car operating on public roads at this point in legislation? Even with driverless systems like you see from Tesla, they still haven’t proven to be safe enough to operate out there on public roads legally, so how exactly is this working?

Well, to spoil the magic, the pizza company does actually have people inside of the car. However, they’re hiding out behind some serious tint as to not allow anyone to see them. Sorry to ruin the surprise but they have to hang out inside for a little bit of a safety measure and to make sure that everything goes smoothly in the initial phase of testing. Ideally, these people inside should just be there just to take notes only and do nothing else. One of their main goals is to see how people react to coming out of their homes and punching in a code to get the delivery themselves as opposed to having someone deliver it right to the door. Yeah, that means you’re going to need to wear some pants.

Maybe eventually, Domino’s will be able to phase out these researchers altogether and we can have truly self-driving delivery machines but for now, this limited rollout means that you’re still going to have to interact with another human, at least for the time being. 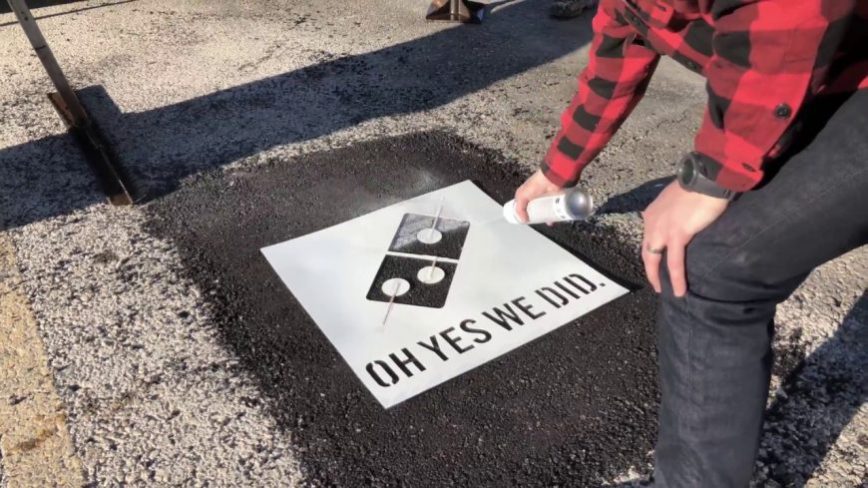