Don’t Let Summer go to Waste! Live it up With These CRAZY Boat Engine Combos

Don’t Let Summer go to Waste! Live it up With These CRAZY Boat Engine Combos

Here on dry ground, there are all sorts of ways to scratch that horsepower itch. Two ...

Here on dry ground, there are all sorts of ways to scratch that horsepower itch. Two wheels or four, the possibilities are downright endless.

As it turns out, that phenomenon is also true when we hit the open water. In fact, many boating enthusiasts have really gotten to the point where they will throw just about any power plant in a boat. From the LS engine to Ford applications and even big blocks, we have seen some crazy combinations come to life. Just like their counterparts on land, some of these things crank out some serious horsepower and really promise the speed to match.

This time, we go on a trusty compilation journey that is as much of an experience for the ears as it is the eyes. Just watching this thing really makes us want to hop behind the wheel and go for a rip out in the water. There’s just something about boats and horsepower that seems to match together so well.

While following along with this one, we find that it’s pretty difficult to pick out just one favorite. Instead, there are all sorts of eye-popping combinations that seem to be magazine-worthy. In the scheme of things, it’s vessels like this that really compose dreams on the abyss.

After watching this one, we think that many of our gear headed readers are going to want to break out the checkbook and get a power-filled vessel for themselves. Some of these machines are downright crazy and you have to be halfway insane to go on a ride. However, our inner madness is definitely coming out with these adrenaline-pumping beasts.

After turning into this one, be sure to head over to the Speed Society Facebook page and let us know which one of these aquatic monsters is your favorite!

Video Flexes the 3 Biggest Center Console Yachts in the World 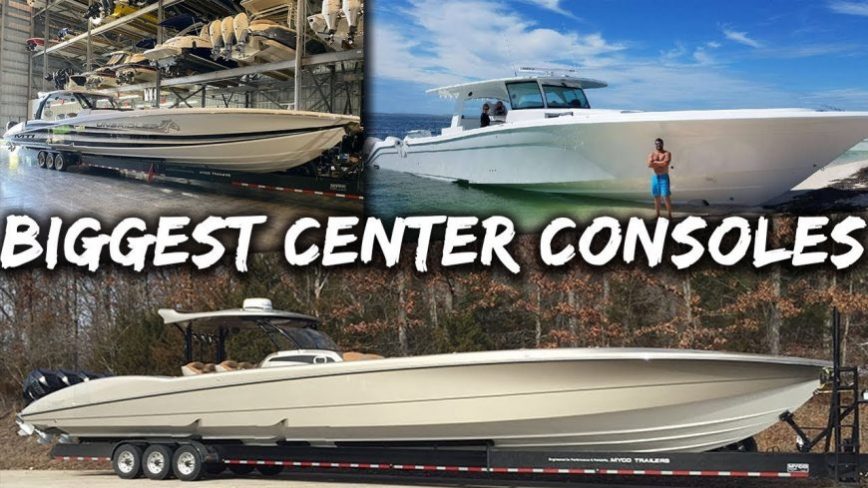