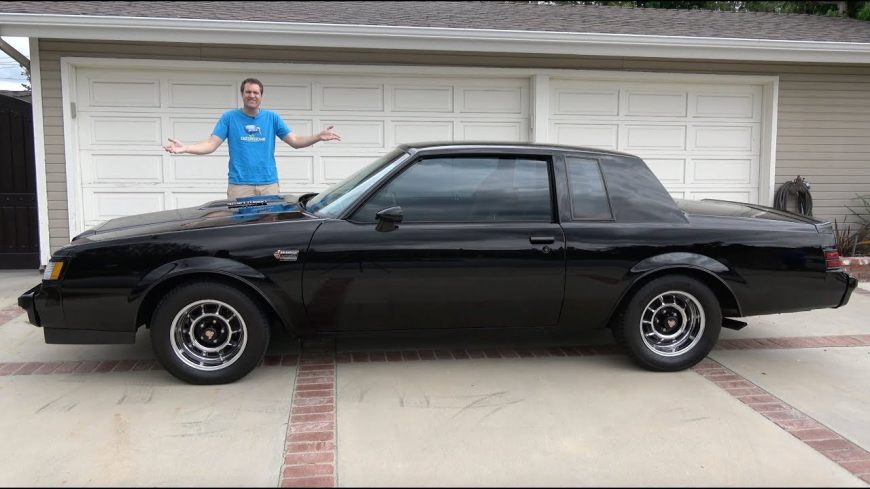 As the decades push forward, the nostalgic things that we find cool are quickly changing. It’s about that time where the next decade steps to the plate to knock one out of the park. That decade is the 80s. It seems as if the span of ten years has gone from just being old to becoming classic. Therefore, everything from the clothing to the vehicles from the 80s are becoming popular once again.

As gearheads, we have to admit that the 80s really was an era for some interesting innovation. Some of the creations from the time were downright brutal. However, others really managed to captivate awe. They might’ve even inspired some later technology.

One of the cars that really seemed to be ahead of its time from that era was the Buick Grand National. Based off of the Buick T-Type, the Grand National threw a turbocharged six-cylinder in the mix. This would spice things up a little bit from the otherwise mundane powerplants of that age.

In today’s age of motoring, a small displacement boosted application seems to be sliding into the norm. At that time, however, the Grand National really would act as a sort of trailblazer. Unfortunately, though, it seemed to end up being too far ahead of its time. While the Grand National did put together a cult following, eventually, it would be the odd ball out. The concept didn’t really catch on in other models until much later.

In this one, Doug DeMuro takes us on the tour of the 1987 Grand National, a car that he calls “The Ultimate 1980s Muscle Car.”

Back in 1987, the car created some pretty good numbers. With 245 hp and 355 lb-ft of torque, it certainly had some kick compared to other models of the time. Big brother in the GNX would hit 276 hp with 360 lb-ft torque. The fun thing about these Buicks was that General Motors didn’t want to trump their own Corvette. Therefore, these reported power numbers for the Grand National and GNX were a little bit more potent than advertised. Instead of over-selling, GM decided it would be best to downplay the numbers as to not make the Corvette look bad.

Owners of these beasts would be able to get their hands on a Lamborghini slaying monster without the price tag. It marks an odd period in the history of General Motors but one that we can’t help but fall in love with.