Heres Why The Toyota FJ Cruiser Should Make a Come Back. 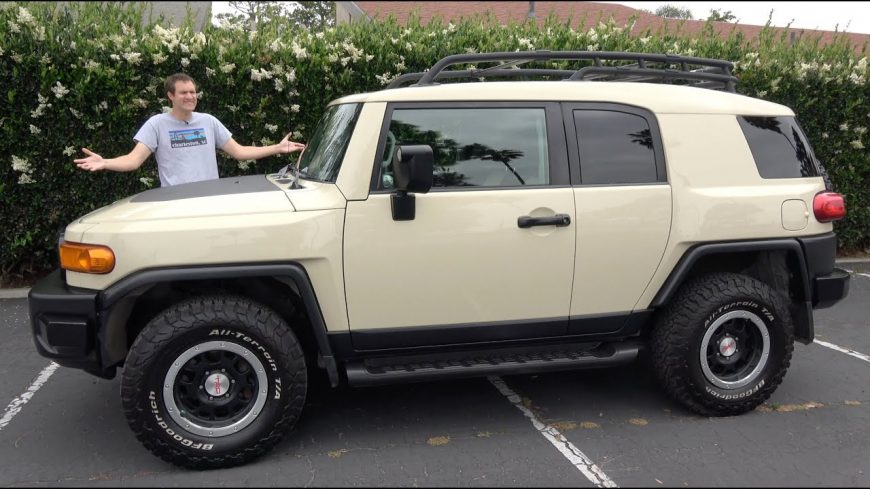 Toyota seems to have hit its sweet spot over the years in the pocket of boring economy cars. There’s nothing wrong with that, either. Sure, most people probably think that companies with flashy supercars like Ferrari make the most money. However, it’s the companies with reliable and common cars that bring in the most cash. On paper, it probably doesn’t make all that much sense for Toyota to deviate too far from this formula.

Every once in a while, they do break away from the mold, though. It might take a little bit of prying and convincing but every once in a while, Toyota comes out with a car that really manages to capture attention. Just taking one look at how long it took for the Toyota Supra to come back shows the way that the company tends to think.

One vehicle that did seem to stand out from the pack of Toyota’s lineup would be the FJ Cruiser. In the scheme of things, the company had the segment covered. With the Highlander and 4Runner, coming out with the FJ didn’t really make too much sense. It seemed like Toyota really wanted to try out something different, though. The FJ Cruiser would spice things up in Toyota’s mid-size SUV line in what looked like an attempt to appeal to a younger audience.

After an eight-year run, the model would eventually cease to be produced in the year 2014. However, Doug DeMuro seems to think that the model should make another run at it. With how long it took to bring back one of the most popular models that Toyota ever produced, we wouldn’t hold our breath. We have to say that he does make a pretty interesting case for the oddball SUV, though.

Do you think that the FJ Cruiser deserves another shot?