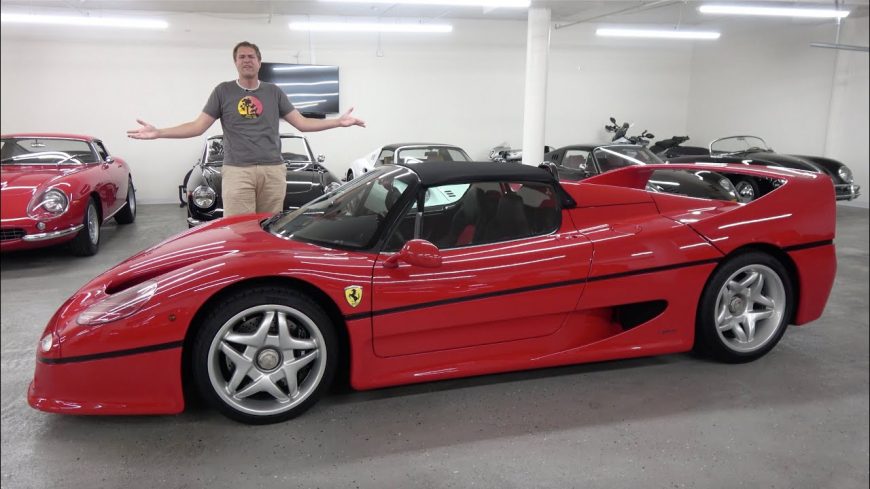 It’s pretty crazy how quickly technological advances can fall in place. When we look at Ferraris of today or even of a decade ago, they seem to have been improving at a steady clip. Therefore, when we go all the way back to something from the year 1995, technologically speaking, it wouldn’t hold a candle to most of what Ferrari produces today.

However, back in the year 1995, the Ferrari F50 was considered one of the greatest accomplishments of the brand. There are certain models that set their names in stone. We would be inclined to think that the F50 would widely be considered as one of those cars. Doug DeMuro even goes so far as to call it “One of the greatest modern Ferraris.”

Even though the car isn’t a performer by today’s standards, the price tag has managed to stay on the up and up. As we all know, with these collectible machines, it isn’t always the performance that boosts their value. Most times, it’s an appreciation of the accomplishment at the time. Other times, there’s something special or rare about the car that makes it stick out from the pack. At the end of the day, we think that this particular model paints several of these different concepts into one amazing picture.

This time, Doug DeMuro got his hands on an F50 and he’s going to take us through the entire car. In many cases, with these older cars, we simply get a general overview. It’s hard to get up close and personal with them, especially if there has only been 350 ever manufactured as is the case with the 95 F50.

By following along with the video below, we get a glimpse inside of greatness. These sorts of cars stand as the building blocks for the foundation of what we know as performance and exotics today. Needless to say, this machine is not only an iconic piece of history but it would also serve as quite a head-turner no matter where it’s driven.