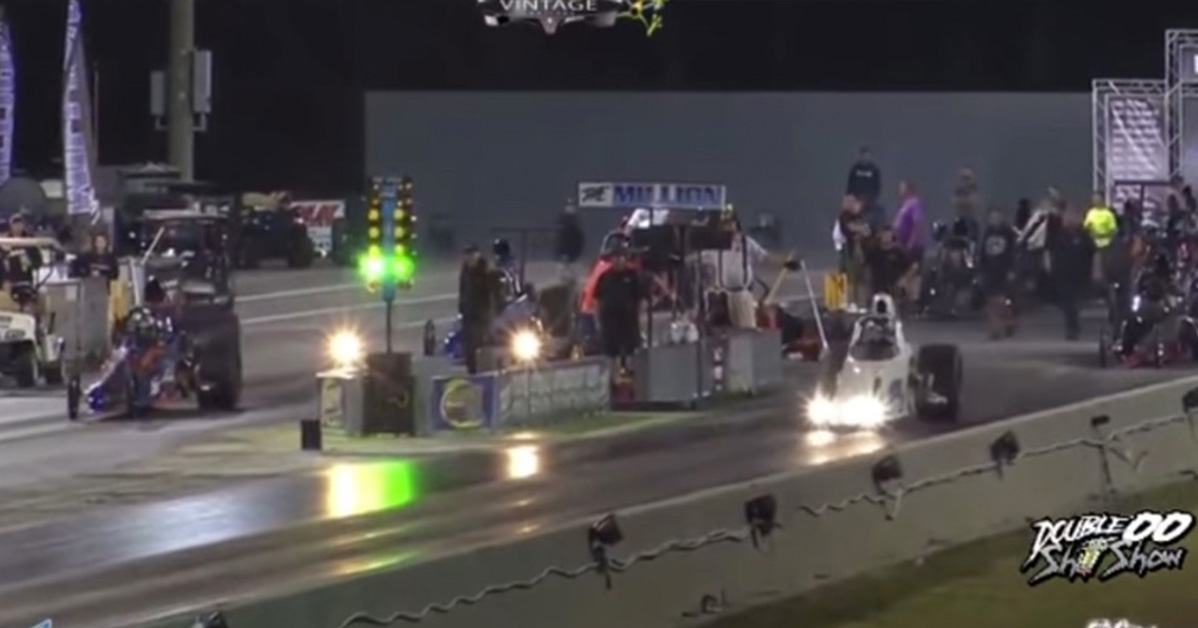 In an apparent fit of rage, a competitor in the Mickey Thompson Million Dollar Bracket Race at South Georgia Motorsports Park ran into his opponent following a loss. After the cars crossed the finish line at over 140 mph, Hunter Patton (right lane) crosses over the centerline toward his opponent, Trey Bunner, in a maneuver that can only be described as incredibly dangerous.

We are told that the cars did make contact and that the extent of the damage was to wheels and a header collector on Bunner’s car. It doesn’t appear as if anyone was injured in the incident.

Patton took to Facebook with the aim of setting things straight, saying “So I have no excuses or any kind of explanation. But what I do have to say is I’m sorry and it will never happen again. People make mistakes in life and I made one lastnight. No I can’t take it back but wish I could.”

He continued, “I’m sorry to everyone that I have let down or upset. No reason to bash me on my post I feel bad enough already about it and understand everyone’s frustration. That’s not the person I am and if you know me then you know that’s not who I am.”

The video below showcases the wild event where the cars managed to come together. The video cuts away shortly after.

It’s not often, if ever, that we see a drag racing dispute settled on a live racing surface, at least not with a physical confrontation.

The Million Dollar Race is a massive undertaking where hundreds of competitors sign up for their shot at a $1,000,000 purse. Several other classes allow other drivers to take home purses as large as $50,000. For those who still want to catch the action, the event is still underway until October 23 at South Georgia Motorsports Park.