Dragster does a full 360° spin @ 140mph after spinning the tires, Great save 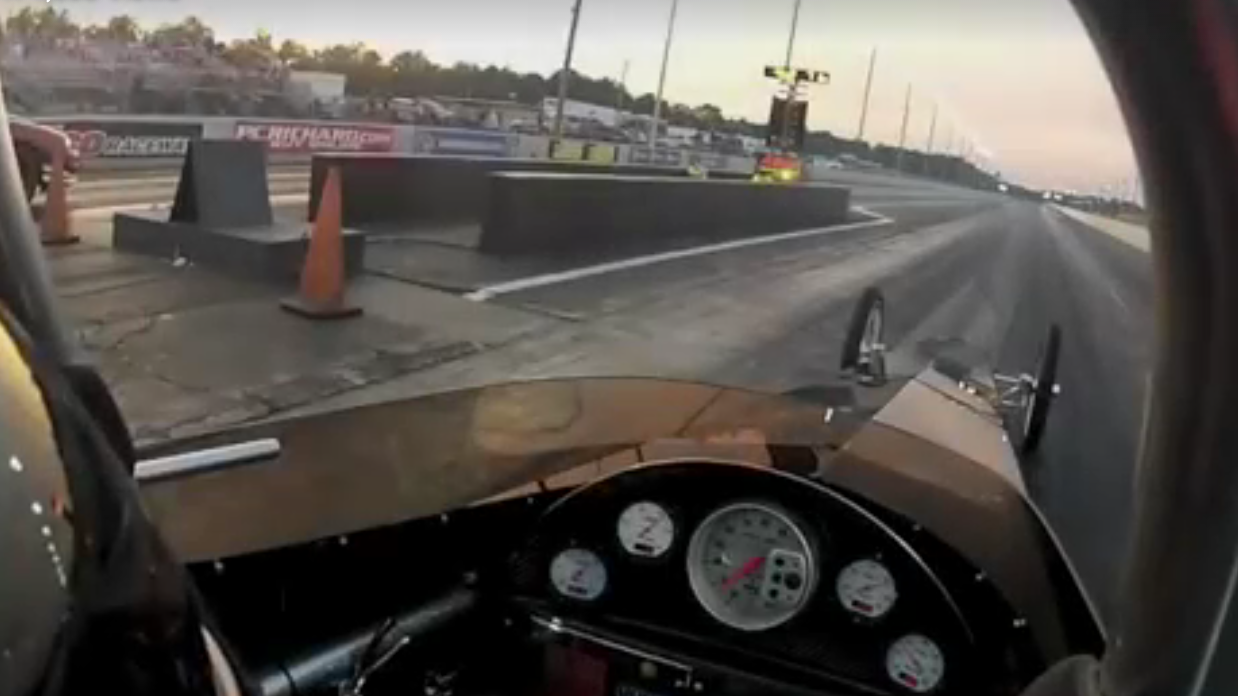 No matter how many times you have gone down the drag strip, it is always in the back of your mind that just about anything can happen from a small mishap to a big and bad disaster.

When this dragster made a 140 mph pass down the strip, the steps that it took could have led to either end of the spectrum, depending on if the car managed stay out of the wall or not.

Thankfully, the ride didn’t end up making contact with wall, but we are willing to bet that the driver will have to invest in a new pair of pants after this one!

We watch as the dragster does everything as according to plan, when all of a sudden the machine starts to spin at the end of the track, doing a 360° rotation before getting back on its original line of travel once again.

You can ride along in the breathtaking scenario with a roll bar mounted camera in the video below. This is one of the luckiest drivers that we have ever seen.

Dragster does a 360 @ 140mph after spinning the tires. Great save Amy!