We get it, when you have a rare car or a sports car it’s only natural that you ...

We get it, when you have a rare car or a sports car it’s only natural that you are going to want to hop on the throttle and give a little bit of gas to see what she’s got.

However, it doesn’t take a genius to figure out that you should work your way into the car’s power if you’re not used to it or if you are used to it, just be safe out there!

This time, we catch up with a dashcam video that shows an Ultima GTR, a six-figure sports car, as it comes around a corner when the driver gets on the throttle and the car ends up jumping over a curb and veers into oncoming traffic, running into a Volkswagen.

Check out the video below as filmed in Krasnodar, Russia as the car barely misses a pedestrian before coming to a smashing halt. Luckily, it wasn’t more crowded out there and traffic wasn’t moving because this could’ve gotten ugly. 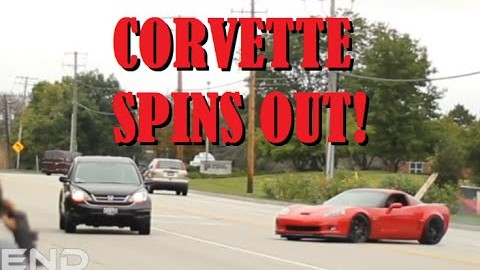