To truly conquer a dream build, sometimes, you’ve just got to do it yourself. ...

To truly conquer a dream build, sometimes, you’ve just got to do it yourself. The perfect example comes to life in the form of Billy Whitehead’s Ford pickup. It’s not the type of pickup that can be bought off of a used car lot, though.

Instead, he’s decided to take a little bit of everything that he’s noted to be his favorite and fusing it into one. Why struggle with a lackluster engine or interior when a little bit of fabricating can bring favorites together? Ok, well, maybe it’s a lot of fab work but the end product is going to be more than worth it.

For Billy, chasing down this dream didn’t even mean overhauling a single truck. Instead, it meant taking some parts from several trucks and bringing them together. Where tire touches pavement, we see the guts out of a 2006 Ford F-350. Borrowed from the truck are the running gear, including a 7.3L diesel engine and chassis. Of course, it all comes with an upgraded turbo because why not? These more modern components provide a little more reliability and efficiency. Some older rides can be cool but there’s no denying the fuel efficiency and extra luxury thrown in with newer components.

Billy didn’t want to just build a 2006 Super Duty, though. Instead, he’d borrow the looks from a 1979 Ford pickup. In fact, from the looks of things, it appears as if he’s used components from multiple ’79 pickups. To make things a little more plush, an interior out of a 2014 Super Duty is thrown into the mix. The build is still in progress, but it’s expected to look a little something like the rendering below when all is said and done. This, of course, comes lifted 6-inches with 22-inch wheels wrapped in 40-inch All-Terrains.

Thanks to the wonders of social media, we can keep up with these builds like never before. Most of the progress has been documented on the @79superduty Instagram account but it looks like a YouTube series is now following the progress on the truck! Below, we see the latest and greatest on what’s to come with this incredible build. 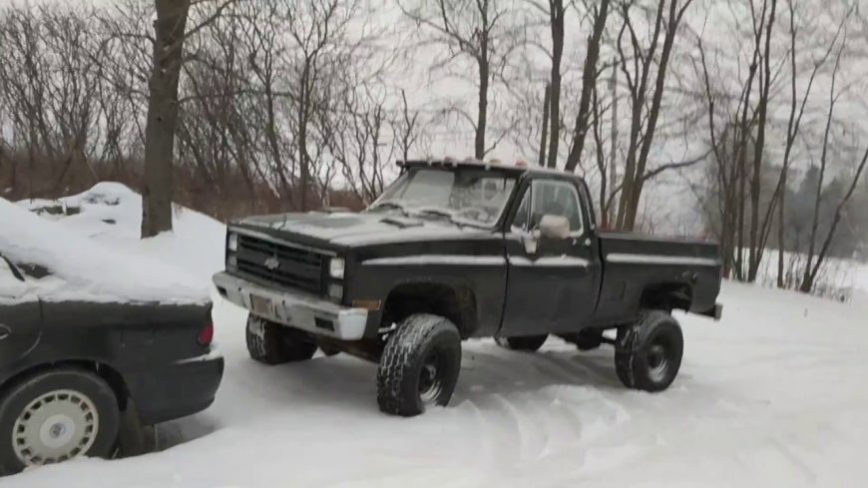