It seems like YouTube celebrity culture and controversy always seem to go hand in hand. One of the figures that seem to have been involved in perhaps the most controversial of moments is Jake Paul. While he’s made some questionable decisions, it’s hard to argue with the idea that the guy is innovative. There are certainly moments where he shows us flashes of genius. If there’s one thing that we have to give the kid credit for, it’s the fact that he really goes above and beyond when he has a vision.

Just when we thought Paul would be limited to YouTube videos, he started up a music career. Now, just how successful this music career would end up being is up for debate. However, with a content creator as extravagant as Jake, spectacular music video concepts would follow. This means that he needed lots of exotic cars and a sprinkling of showmanship. After all, these are a few of the essential elements of a successful rap music video. Paul would enlist the help of Damon Fryer from Daily Driven Exotics to carry out these goals.

As Damon tells the story, we can’t help but become fully immersed. It all starts off with him driving into what he describes as potentially a bad neighborhood with a high-end Lamborghini. From there, he would find his way to an industrial warehouse with lots of expensive cars and tons of people waiting on the set. Eventually, the music video would get to a place where Jake would be standing on top of a Lamborghini and rapping.

However, This didn’t seem to be flashy enough for the sake of the video. He would continue to ask Damon to drift around the Lamborghini and in between other exotic cars. One of these machines just so happened to be a Bugatti worth about $2 million.

It’s not hard to imagine how this scene could get rather tense. Before he knew it, Damon would be in a situation that accelerated faster than he was ready for. Learn all about it and more down in the VINWiki video below. 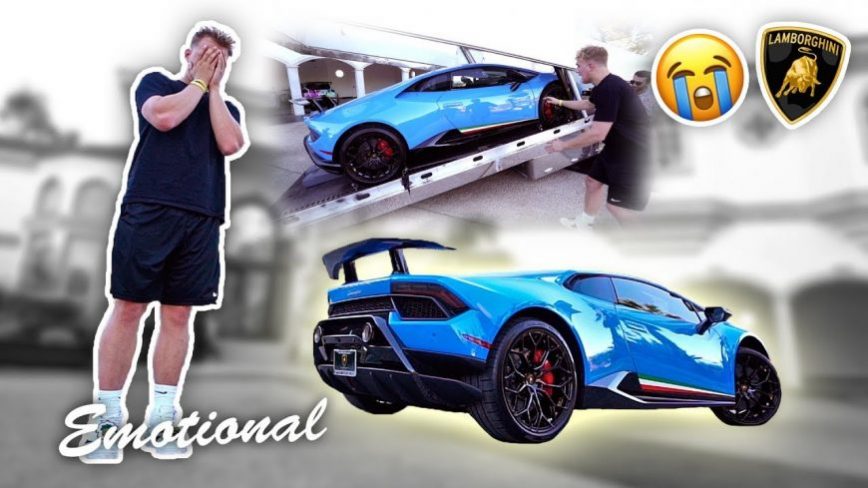