Drifting Through The Snow During The Polar Vortex Is Dangerous, And You Shouldn’t Try It 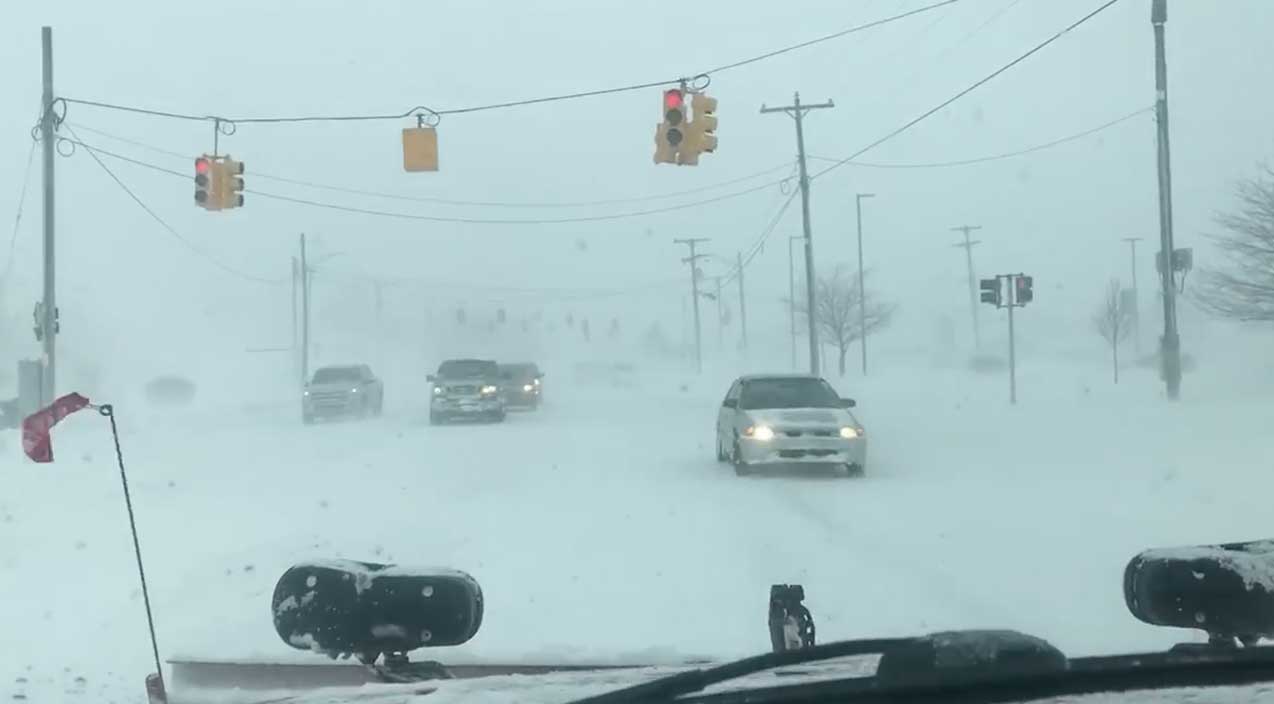 Sometimes a story just writes itself, and all you have to do is show up with a camera and watch it unfold while you get to sit back and enjoy the show. That’s exactly what happened for the guy who caught this hilarious moment during the recent polar vortex that sent temps across the nation plummeting.

The video guy seems to know he might catch something worthwhile during his drive, as he already has his camera rolling when he approaches a red light in the blustery cold and snowy conditions. Sure enough, almost as if on cue, a silver Honda Civic comes sliding through the intersection in a full-on drift slide. While things appear to be little more than a joyride in the snow, I think you know we probably wouldn’t be sharing this video if that was all there was to it.

Instead, the joyride takes a bit of a turn for the worse as the overzealous drifter overshoots his intended line and ends up sliding side on into the curb. At first, it looks as though he tagged a utility pole, but upon further review, it appears the pole is several feet away from the car. However, pole impact or no, the front wheel drive sedan seems to be hopelessly stuck, despite the rest of the cars on the roadway seeming to have little trouble getting around.

I’m not going to lie, I live in Alabama, so if we get two or three inches of snow, it shuts the whole state down for 3 days. Even guys with big ol’ trucks, and God knows there are plenty of those around here, manage to get themselves bound up in snow no deeper than your ankle. However, I feel pretty confident in poking a little fun at this guy because he clearly lives somewhere where snow is pretty common and he still managed to get himself stuck in relatively shallow snow.

Hopefully he was able to work himself free and get on with his fun in the snow. I also want to send a special thank you to the camera guy for his commentary. It was low key hilarious, and subtle humor is the best kind of humor!

This sums up my lunch. Went out plowing and thought I’d take a video of the road conditions and this happened. Lol this is what happens when you think your a wanna be Ken Block. Share the video and see if we can find the driver lol happened on fletch in holland.