Drive Through with a McLaren GT3 Race Car? Eatng Fast Food In Style! 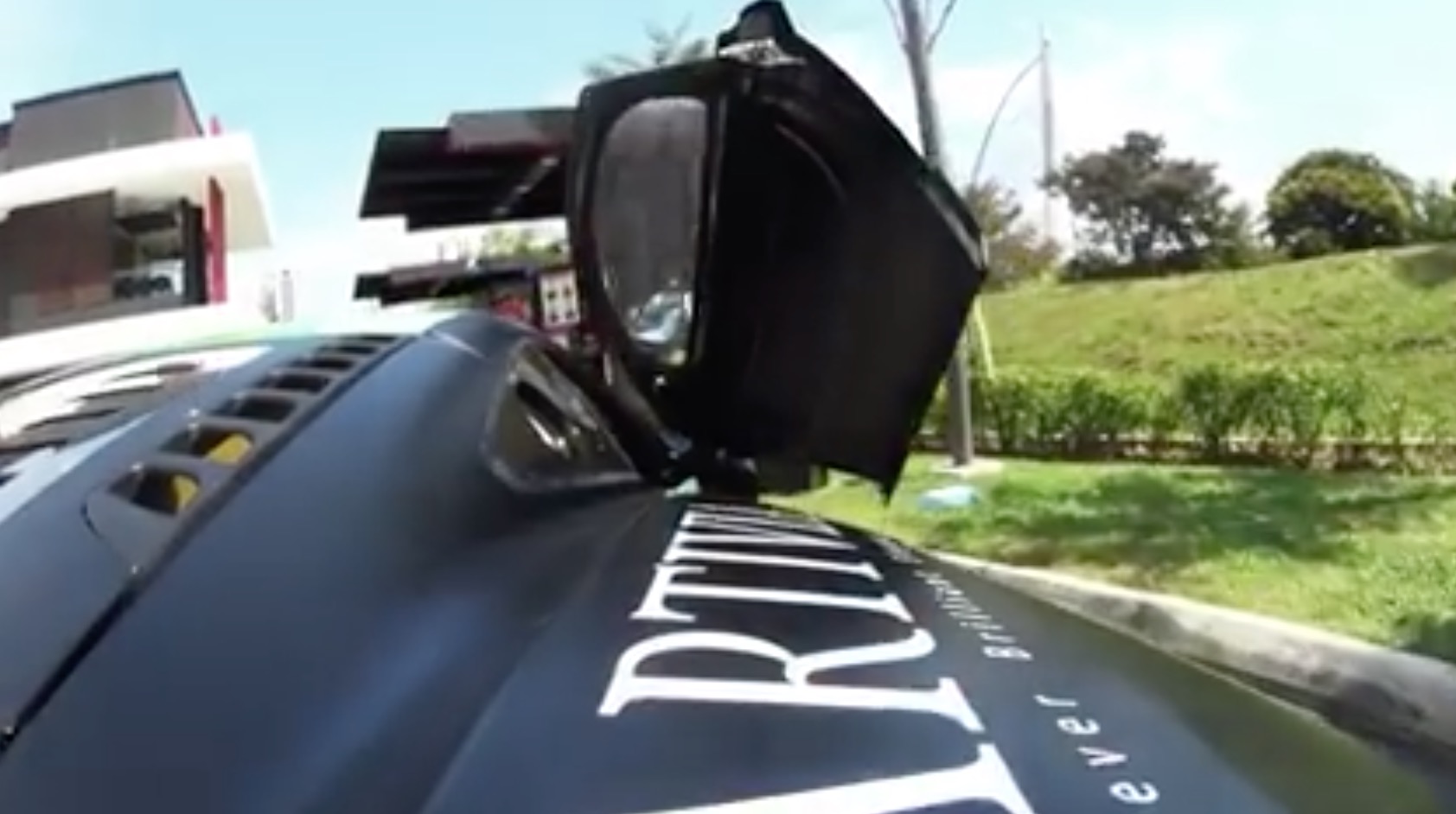 Despite most of us wanting to eat healthier these days it seems, sometimes you just have to grab some fast food at the drive through. It’s usually a matter of convenience, or sometimes you just crave a little break from eating right. When it comes to fast food in a hurry, the first place that comes to the mind of most of the world is McDonalds, and with a Golden Arches visible from nearly every spot on earth, they’re not hard to find.

On the flip side, if you work at McDonalds, chances are you see and endless stream of boring cars, SUV’s and minivans all day. Soccer moms grabbing the kids lunch between errands and regular citizens on their way home from work that just don’t want to fool with cooking or going to a sit-down restaurant. While you might get the occasional badass ride, they’re going to be few and far between.

Imagine, then, looking in the back of the drive-thru – that IS how they spell it on their signs – and catching a glimpse of a McLaren! Only this isn’t just any McLaren. Even among the offerings of one of the most exclusive brands in the world, this is quite literally a unicorn because it’s not supposed to be on the street. But there it is, in the drive-thru at Mickey D’s!

Malaysia native Mitch Gilbert, driver of the OD Racing McLaren GT3 race car, decided to hop in the snarling race car and head to hang out with his buddies at No Equal, but he had to stop and grab a bite on the way. Instead of wasting time stopping at a diner, Gilbert just rolled right on through the line of cars at McDonalds, ordered up some chicken nuggets, and then blasted out of the drive through like a man on a mission… to eat! Huge props to Mitch for wheeling this finicky beast through the line with the finesse required to control such an amazing ride! We hope those nuggets were great!

DriveThru in a Race Car?

Drive-Through with a McLaren GT3 Race Car? Mitch Gilbert called us up one afternoon, and said he was hungry. So here's what happened next…#NoEqual #LayanEverything