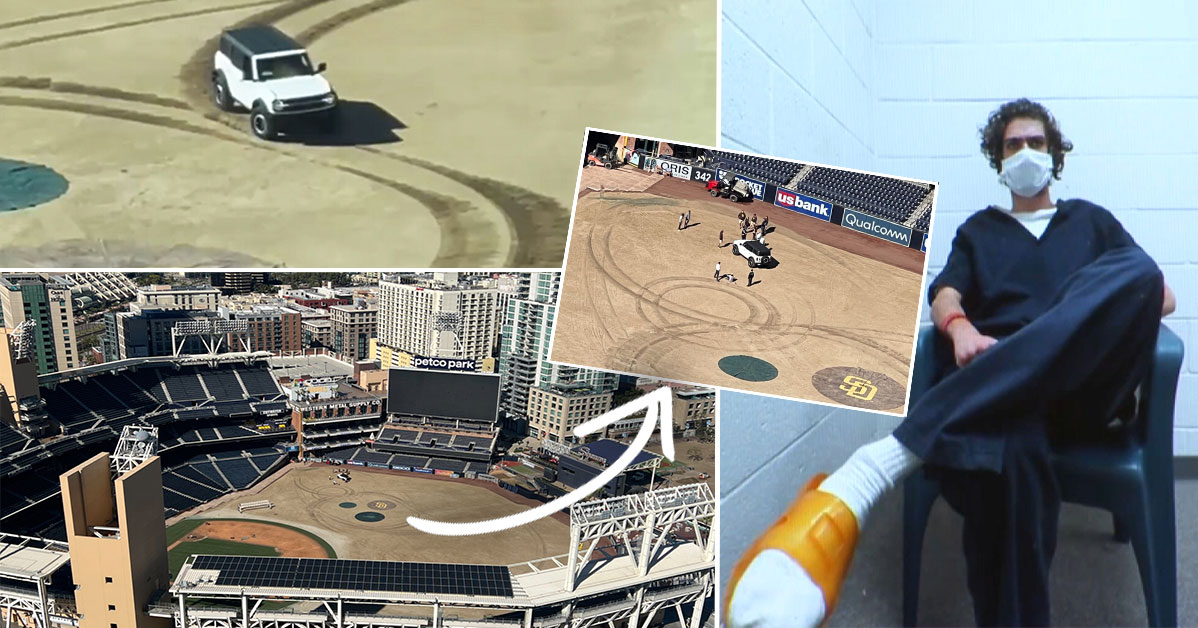 A driver was spotted going for a joyride on Petco Park in San Diego, California recently. The facility is the home field to the San Diego Padres for those who aren’t familiar.

The driver who appeared to be behind the wheel of a new Ford Bronco made no concessions as he drove right on the playing surface, doing donuts and probably having the time of his life. As it turns out, this isn’t exactly legal, even if you’re behind the wheel of one of the hottest new off-roading machines.

Ground crews did block the driver in and he was contained to the field before the San Diego police showed up and arrested him. The driver was arrested on suspicion of felony vandalism. We’re not clear what the next steps are for this individual. However, it was also mentioned that the field was simply covered in dirt which isn’t a final playing surface. There was no grass as the playing surface was awaiting being installed.

According to The San Diego Union – Tribune, Ryan Carlson, the witness who captured the video, initially thought that the Bronco belonged to a member of the grounds crew. After seeing it doing donuts, he quickly realized that this wasn’t the case. Eventually, he would realize that the stunt wasn’t authorized at all upon seeing the grounds crew have the man exit the vehicle which he was said to have done peacefully.

By following along with the video below, we are able to watch as the individual behind the wheel here goes at it.

At the end of the day, is this just a situation where nobody was hurt so the driver behind the wheel should be slapped on the wrist before being put back in society, or does this driver need to be made an example of so that other people don’t think that it’s a good idea as well?