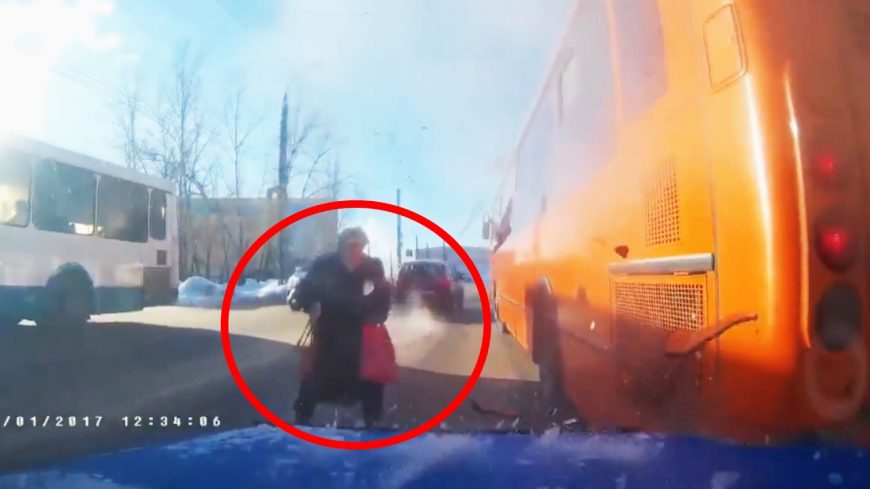 When you find yourself driving a vehicle, there is no good time to let your guard down because no matter where you are or what you’re doing, there might be an unforeseen circumstance that can put you and your car in danger… Potentially the lives of other people as well.

This time, we catch up with a driver who seems to be put on the spot and made to make a decision that honestly, he probably shouldn’t have had to make but when you’re put in such a situation there’s nothing that you can do but react to it in the best way that you can.

We watch as the driver pulls up to a busy road where a bus is parked on the side letting people out. However, a little old lady decided that it would be a better idea to walk around the bus in the street rather than on the sidewalk and the driver approaching the bus would have to make a quick decision to see if he could get around her or if he was going to have to crash into the bus to save her life.

Check out the video below is everything just happens so quickly and this driver does everything he can to avoid killing somebody with his car. It might seem like a far-fetched situation but if you aren’t careful, you could find yourself in the very same spot as the one captured on this dash cam video.