Public roadways can certainly be a dangerous place to navigate sometimes. This ...

Public roadways can certainly be a dangerous place to navigate sometimes. This becomes multiplied when someone is out in the open on a vehicle like a motorcycle. With one false move, there’s nothing to protect the rider from immovable objects. That false move doesn’t always fall on the rider, either.

This time, it looks like a motorcycle rider and a buddy on a three-wheeler are making their way through some spirited turns. This kind of driving can be an absolute blast. After all, it does kind of satisfy the purpose of these open-wheeled machines. There’s something about carving through the curves and having that wind blowing that is so liberating. That is until somebody comes along and throws a wrench in the gears.

This time, the entire situation was caught on camera. As these two would rip their way through the streets, eventually, they come upon “that guy.”

We all know that person who seems to be so situationally unaware that it’s absolutely ridiculous. This time, the situationally unaware suspect is driving, you guessed it, a BMW! It’s pretty crazy how somebody could just stop in the middle of the street. In this situation, it’s especially egregious because this driver decided to pull over in the middle of the road right behind a blind corner.

Now, there are definitely two sides to every story. That’s definitely an important aspect to remember moving forward. However, from the video that we see here, it’s looking pretty poorly for the case of the BMW driver. Luckily, both riders were able to make their way around the driver without sustaining any injury. We’re pretty confident that both of their heart rates probably jumped through the roof when they were forced to make an evasive maneuver to keep themselves in one piece, though. All factors considered, it looks like they reacted quite well. 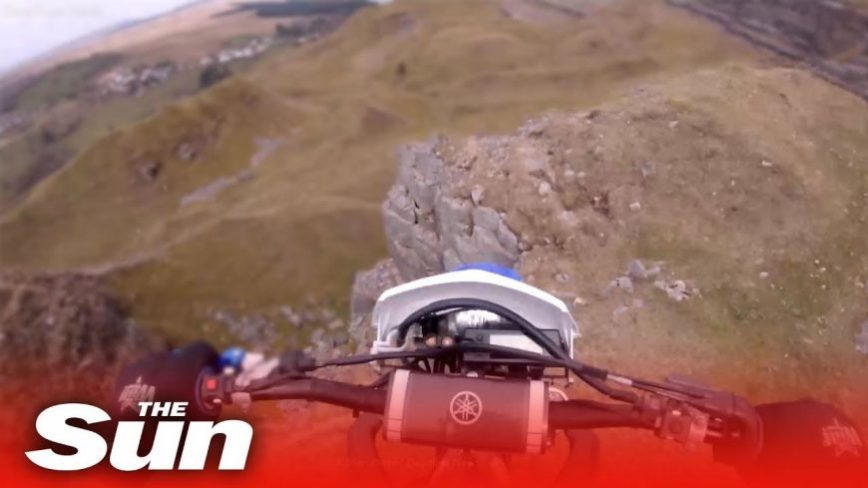