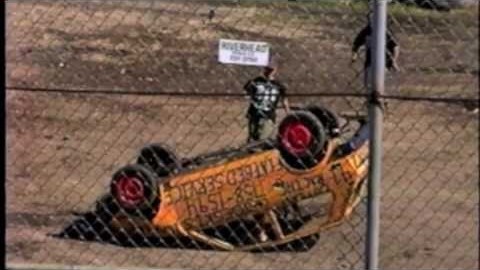 Normally, we would be freaking out about a crash like this, but it’s the name of the game in this rollover contest. The part that we have trouble being ok with is the fact that the driver was nearly pancaked by the car after being thrown through the windshield before being pulled back in.

In this video, we witness a seatbelt malfunction that very well could have resulted in death should the driver have moved any differently. It’s a bit difficult to see at first, but once this video is played back in slow motion, we can see the driver nearly flung from the car.

He should consider himself very lucky in this one because if he rolled over any more, the endgame could have been far, far worse. Luckily, the driver was able to walk away.

When you check out the video below, you’ll quickly come to appreciate all of the safety precautions that events like this have put in place.