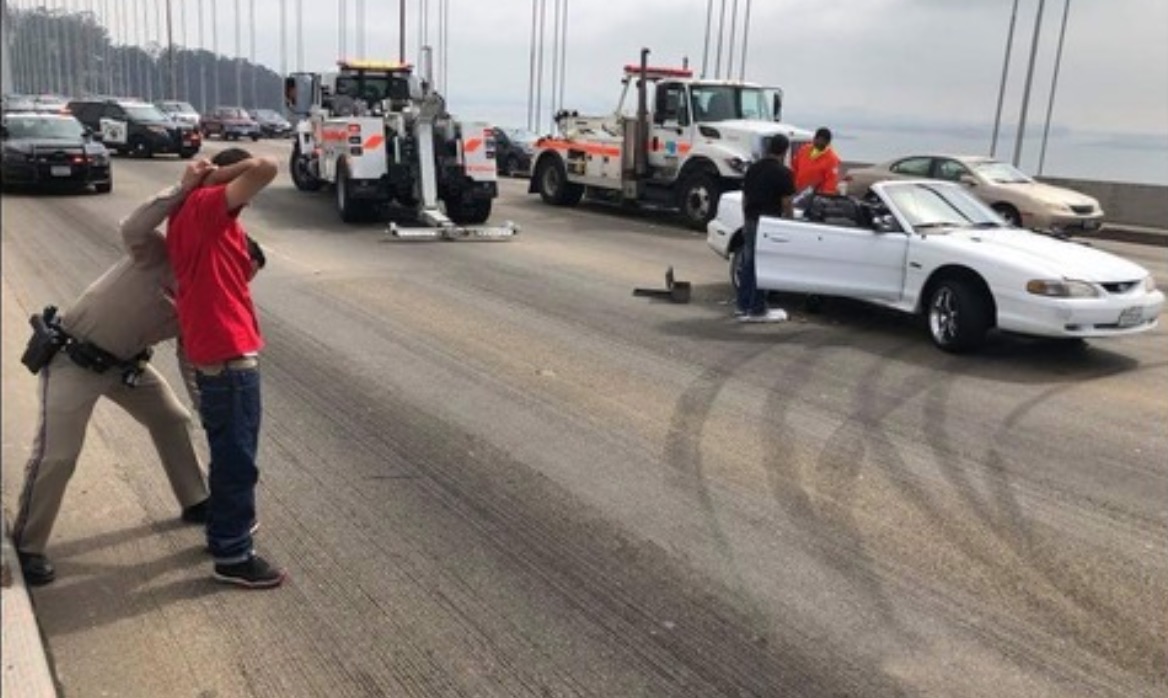 Sometimes, when it comes to different subcultures that are known for participating in one act or another, they can be misunderstood. I think that for those who elect to participate in sideshows, that is, individuals who do burnouts and throw their cars sideways in a public spectacle, many times on public roads and in the middle of traffic, much of the hobby doesn’t really seem to compute, especially when people go above and beyond on a level that’s as boneheaded as this. Seeing such a demonstration really can boil your brain.

However, this time, it looks like a couple of drivers really decided to push their luck in the “play stupid games win stupid prizes” arena when they really decided to gravitate toward the idea of making the biggest unnecessary scene that they possibly could. I guess that they did eventually end up getting the attention that they so sought but it wasn’t exactly what they were thinking. We’d assume that these drivers didn’t want to get arrested in the process. However, when you stop traffic completely on one of the busiest bridges on the West Coast, you’re probably going to end up getting in a little bit of trouble.

Via the CHP, one of the drivers would be taken into custody and charged with “reckless driving” and “exhibition of speed.” It almost sounds like they were let off easy!

Normally, we generally try and stay pretty neutral when it comes to stories that could go one way or the other but I think that most people would agree that these guys really bit off more than they could chew here in what is clearly a boneheaded maneuver. Not only was this display incredibly dangerous but also Inconvenienced a great number of people as these drivers took it upon themselves to delay everyone’s commute on that day and if you’ve ever driven in California, you already know how bad traffic can get even without such a distraction.