Driver Towing a Boat Attempts Overtake and Everything Goes Wrong

Driver Towing a Boat Attempts Overtake and Everything Goes Wrong

When it comes to pulling a trailer, sometimes, things simply aren’t as easy as ...

When it comes to pulling a trailer, sometimes, things simply aren’t as easy as they look. Sure, lugging a boat behind a truck might look as easy as strapping it down and rolling down the highway. However, on the other hand, there are a lot of factors to consider. A lot of these factors will depend on different things like the size of the truck and the boat alike. In fact, there are a bunch of different equipment options with the combo to get the job done in different situations.

Even beyond considering equipment, driving styles definitely need to change when any sort of towing is thrown into the equation. For example, when a trailer starts to sway around, trying to correct the matter could end up exploding in the driver’s face. Unfortunately, in this situation, it would appear as if that’s exactly what unfolded. A little too much correction ended up in an ugly situation.

In this one, we watch from a car following that has a dashcam. The camera gives us a front-row view as they crash and burn happens right in front of our eyes. One moment, the driver with the boater is trying to overtake another vehicle. Everything is going as according to plan at this point. The next moment, the rig is swaying out of control. Before we know it, the trailer jackknifes and smashes into the median. The boat is sent flying.

Sometimes, these situations are incredibly hard to know how one would react until we are put in the driver seat. This is one that this driver probably wishing that he could have back, though.

The video below showcases the entire moment as it unfolds. It’s not very often that somebody gets the opportunity to catch something like this on video. It’s nothing short of amazing to spectate as it almost seems to unfold in slow motion.

Top Truck Fails Will Put Your Face Directly in your Palm 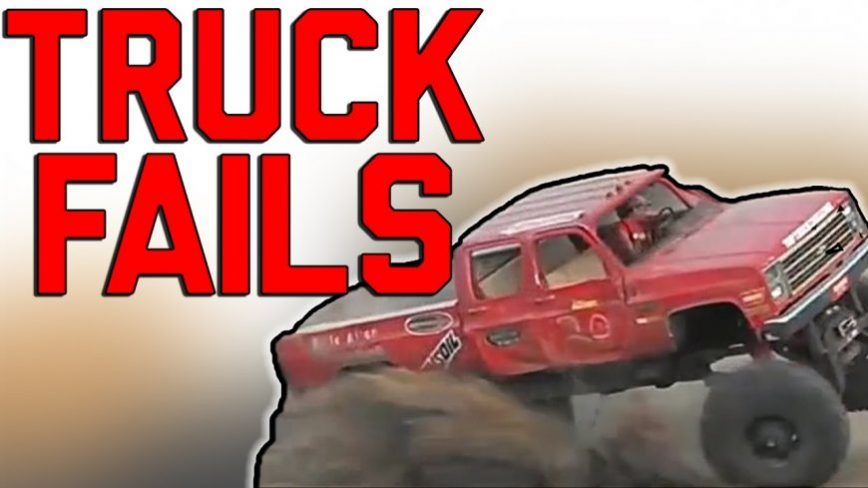