Driving a 3D Printed Lamborghini Aventador – Is the Age of “Pirating” Cars Coming?

Driving a 3D Printed Lamborghini Aventador – Is the Age of “Pirating” Cars Coming?

Back in the day, some of us might remember anti-piracy advertisements that compared ...

Back in the day, some of us might remember anti-piracy advertisements that compared downloading a movie to stealing a car. For those who don’t, the basic gist of the ad campaign was to discourage illegal digital media downloading. This was done by comparing it to stealing a car or a handbag. These days, we’re left to wonder how long it’s going to be before the same ad pops back up for 3D printing.

In its current state, let’s just say that 3D printing is in its infancy. The technology is pretty expensive for someone who wants high-quality parts of the scale. Just how good the quality could be for something like an entire car is a bit questionable. We would qualify the tech as something more useful for smaller components. As far as the tech’s expansion goes, there was a point in time where something as simple as color television was rare to come by, too.

One quick spin of YouTube shows us that technology is coming along quickly, though. Just the other day, we saw a college completely print out a boat from scratch. Today, we check out yet another 3D printed project that is helping convert folks to believers in the technology.

Apparently, the YouTuber by the name of lasersterling was able to source some files to a Lamborghini Aventador. By using these files, he has essentially been able to put together a functioning base of what could lead to a pretty good looking Aventador. Obviously, the mechanical components aren’t the same as the real thing. However, when it comes to the eye test, we could see the car becoming something.

Replica cars are certainly nothing new. We’ve seen them circulating for a while now and some are definitely better than others. What we’re seeing here, though, looks like it has a lot more promise to be more than a standard replica. Theoretically, if 3D printing tech gets much better, an entire Aventador could be printed out from the comfort of one’s home. We would even argue that with improved 3D printing, it could get pretty hard to tell the difference between a replica and a real example. We wouldn’t be shocked to see metallic components becoming 3D printable before long, as well.

By following along with the video below, we get a look at a running and driving version of what might be the coolest 3D printed machine that we’ve seen to date. After watching something like this come together, it makes us wonder what the future holds. Will there ever be a day where an entire car could be pirated from home? – 3D Car Printing 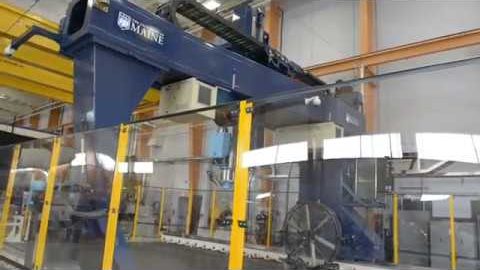