Driving a Bugatti Chiron Pur Sport on the Legendary Nurburgring 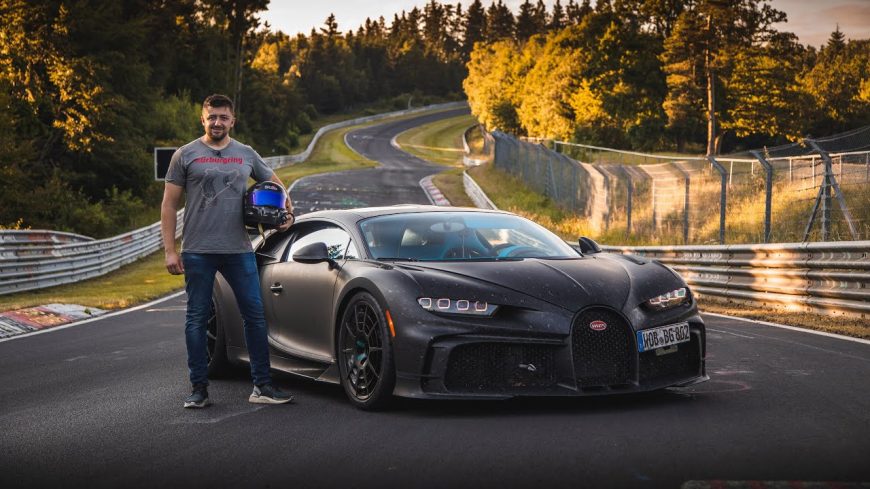 Misha Charoudin has been around the Nurburgring in a LOT of cars, recently including a McLaren Senna. Therefore, as one could probably imagine, he’s a relatively difficult individual to impress. However, it seems as if he’s managed to stumble across one car that really transcends beyond the rest.

The Bugatti Chiron Pur Sport is one of the most exclusive cars in the world. It’s also one that Charoudin seems to be most excited about. The car that Bugatti calls “The purest Bugatti ever” comes with a rather obvious appeal. There have only ever been 60 examples made.

At the end of the day, when reading about a car like this, it’s simply difficult not to become ecstatic about it. Going for a ride in the 1500 hp monster promises to be a whole different feeling entirely.

In this ride, we head to the famed Nurburgring.

The track has become known for its variety of challenges that really put cars to the test. Other race tracks can certainly offer a challenge. However, very few put competitors through the wringer as much as the Nurburgring. With its combination of wide-open sections where a car can go flat out all the way to intricate turns that span different elevations, the surface provides quite the bang for your buck.

When the Ring greets a car like this particular Bugatti, we get to see the magic of the track come to life. Sure, the Bugatti boasts some incredible figures on paper. After all, the power is enough to make our heads spin alone. However, those numbers don’t really mean much until they translate to the real world. This is where a facility like the Ring can truly come into play.

By following along with the video below, we get to join in on that very experience for ourselves. Treat yourself to a rip around the track in the Bugatti that puts a picture to the astounding performance figures. When they say that seeing is believing, we’re pretty sure that’s what this video portrays the most.